136. A Rare and Important Presentation Water Pitcher by Gale Wood and Hughes

A RARE AND IMPORTANT PRESENTATION WATER PITCHER BY GALE WOOD AND HUGHES. New York, c. 1842. On stylized round base. Hand wrought body chased with rococo and floral designs. Cartouche inscribed on one side: “Presented by the Single Young Men of the Congregation B’nai Jeshurun Elm St. to their Pastor Rev. S. M. Isaacs as a mark of their high Estimation and Regard for his public character and Private Worth New York, A.M. 5602.” Founded in 1825, Congregation B’nai Jeshurun was the second Ashkenazi Orthodox synagogues to be formed in New York and the third in the United States. It was founded as a break-away synagogue from the members of Shearith Israel and immigrants from Poland and Germany as well as their descendants. The Elm Street Synagogue was dedicated in 1829. Rabbi Samuel Myer Isaacs (January 4, 1804 – May 19, 1878) was their first rabbi, appointed in 1839. Rabbi Isaacs was also the founder of the Jewish newspaper, The Jewish Messenger, The United Hebrew Charities, Mount Sinai Hospital (then called Jew’s Hospital) and The Board of Delegates of American Israelites. He was also one of the officiating clergymen at the funeral of President Abraham Lincoln. He is buried in Brooklyn. 12” tall. 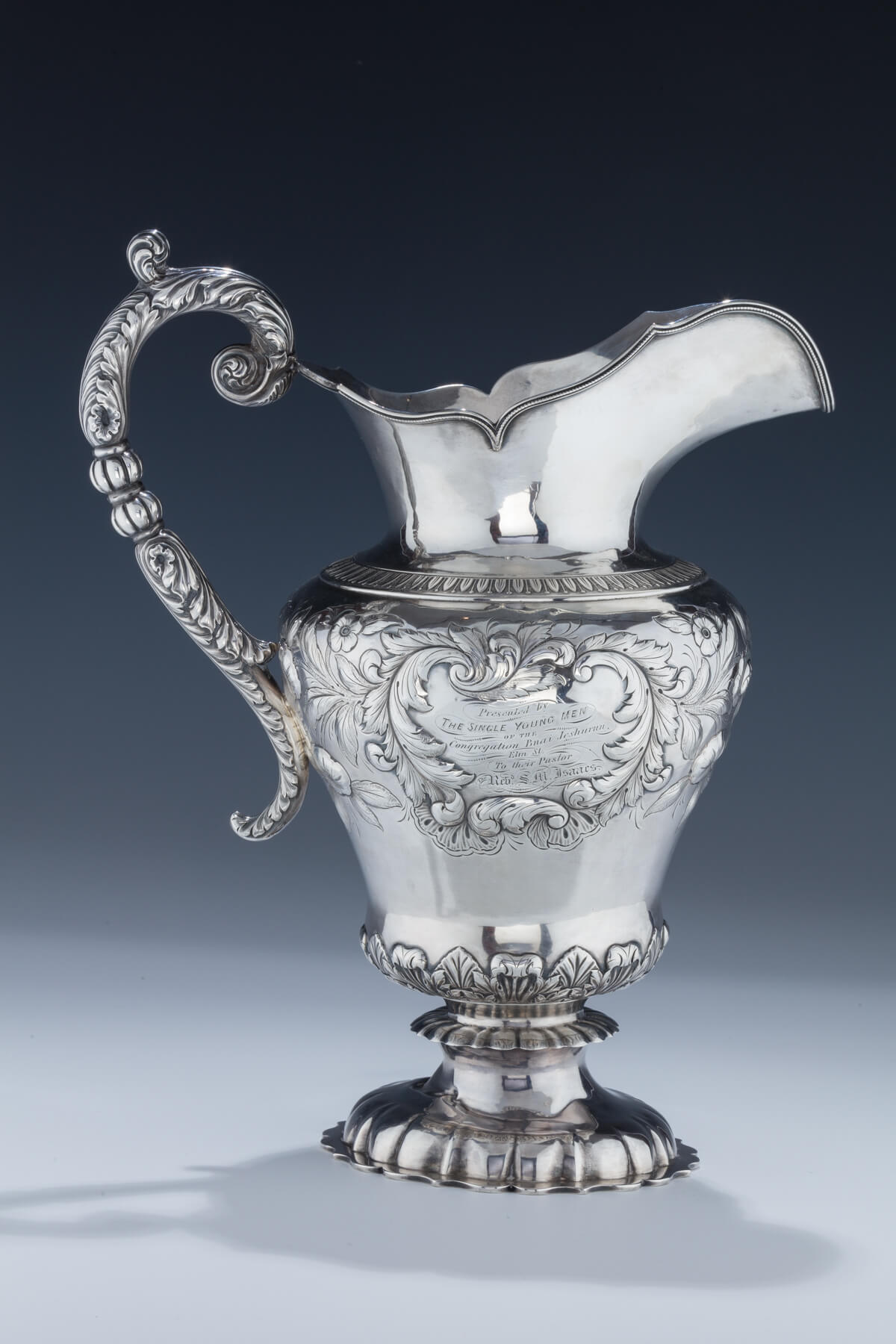 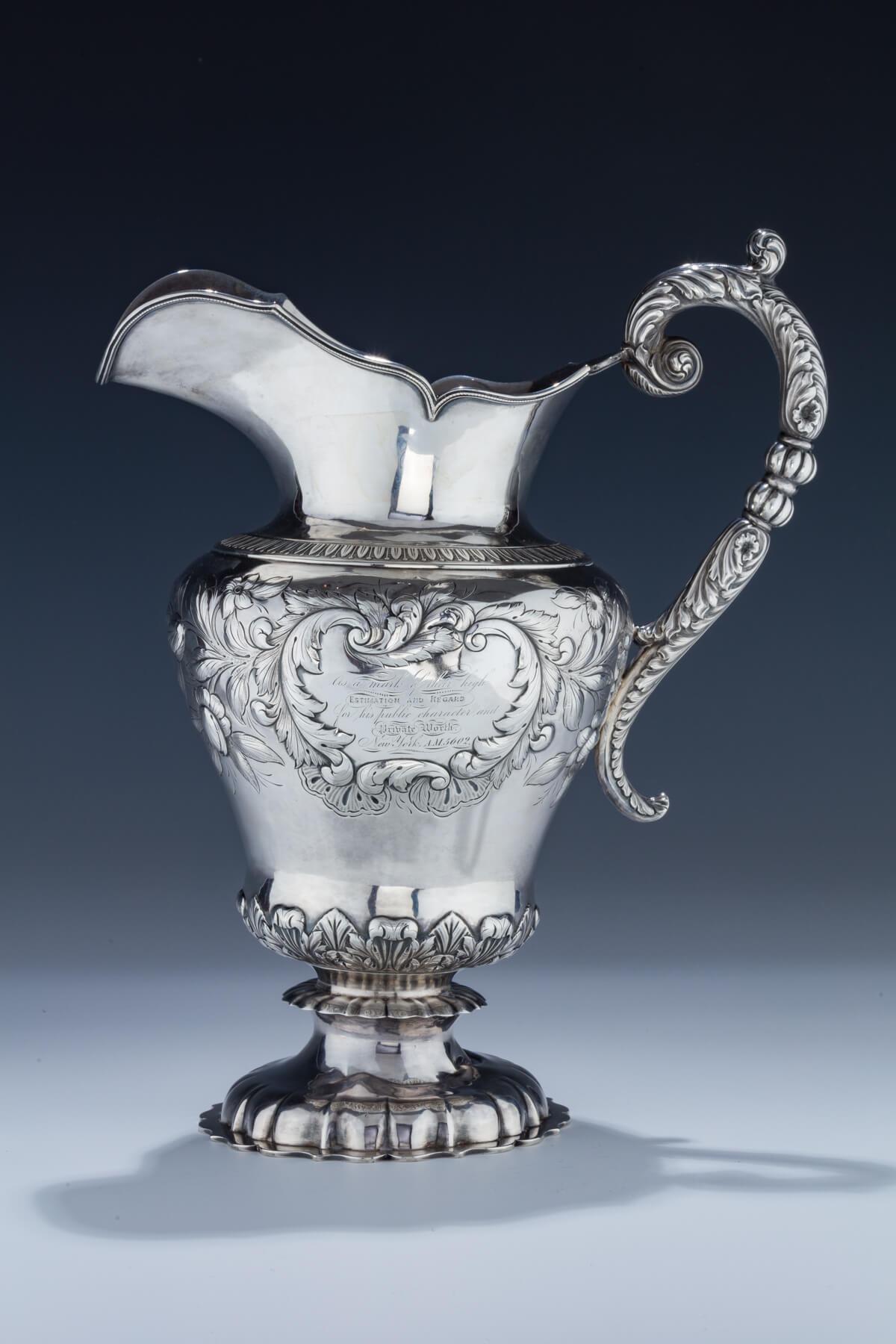 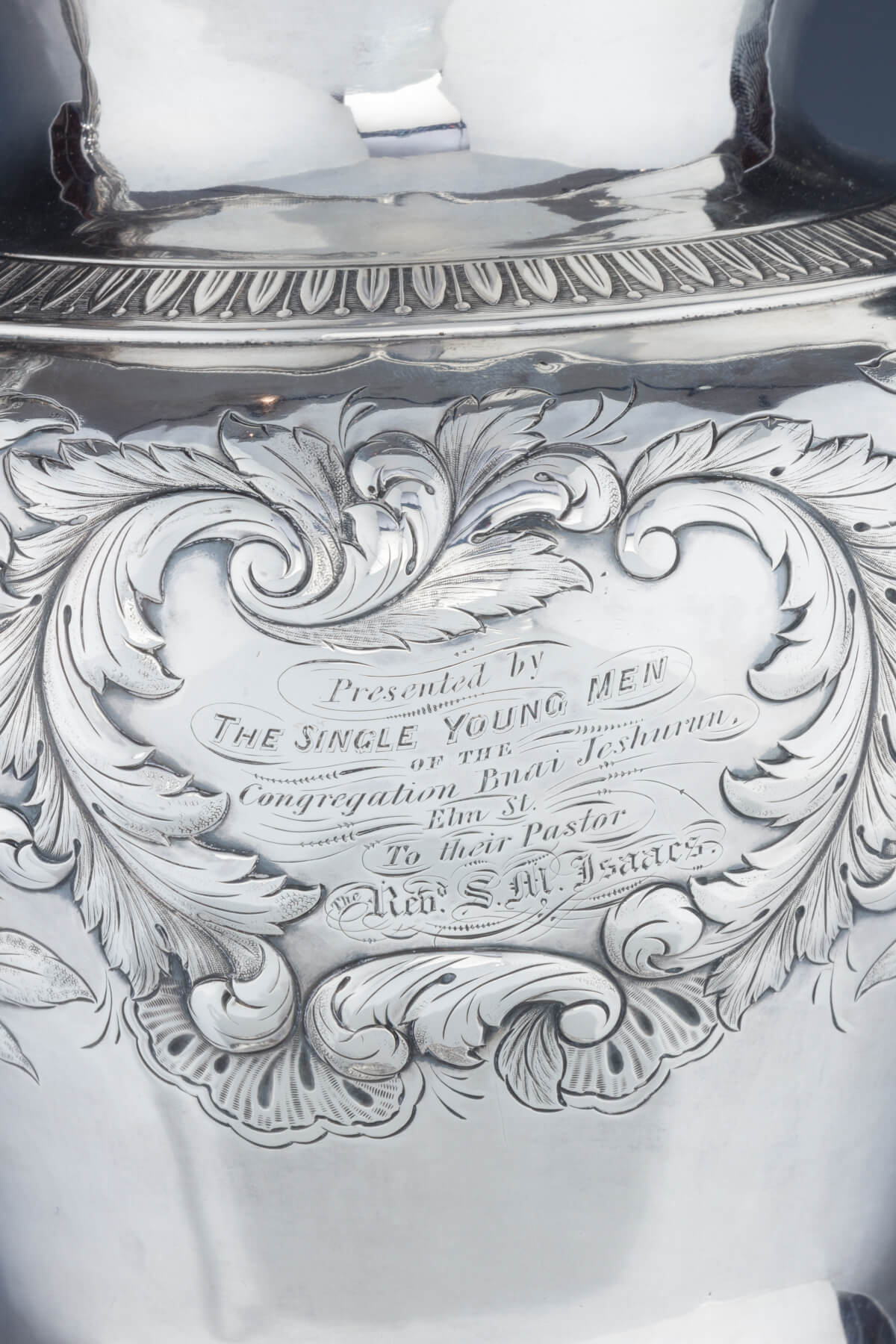 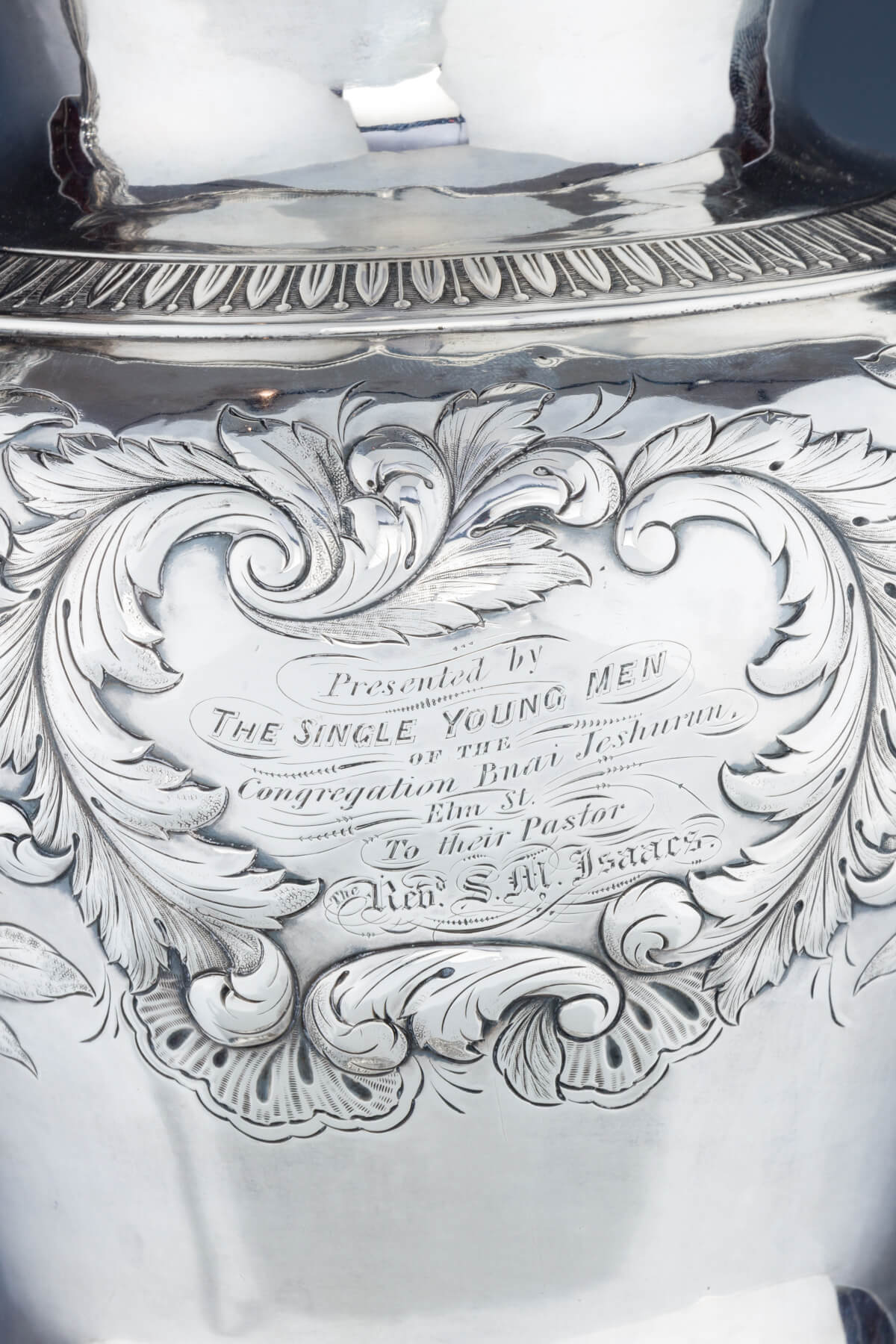