AN EXCEPTIONALLY RARE SILVER TORAH SHIELD. Jaffa, 1840. Chased with scrolling designs, a crown, two lions flanking a protruding ark that opens to reveal a Torah. Engraved on the columns in Hebrew: “THIS WAS DONATED BY RABBI TZVI, SON OF RABBI ZEV, THE COHEN LEVINTON TO THE SYNAGOGUE SHAARAY TORAH IN THE HOLY CITY OF JAFFA IN THE YEAR 1840”. In the early part of the 19th century, Isaiah Ajiman of Istanbul built a synagogue to accommodate Jewish people who were journeying to other Holy Cities such as Jerusalem. In 1857 there were 800 Jews documented ih Jaffa. Losses and repairs. 9.2”: tall. 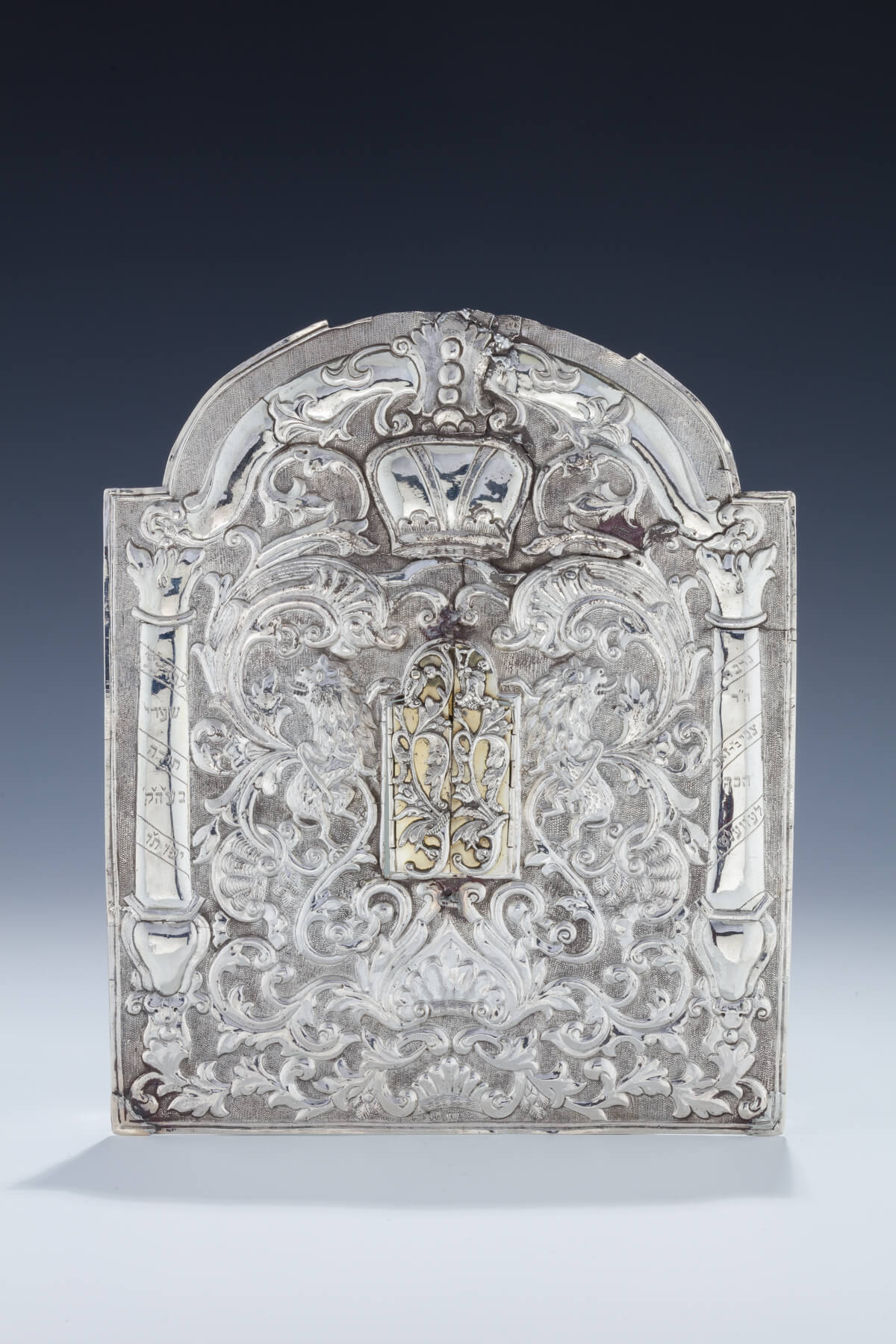 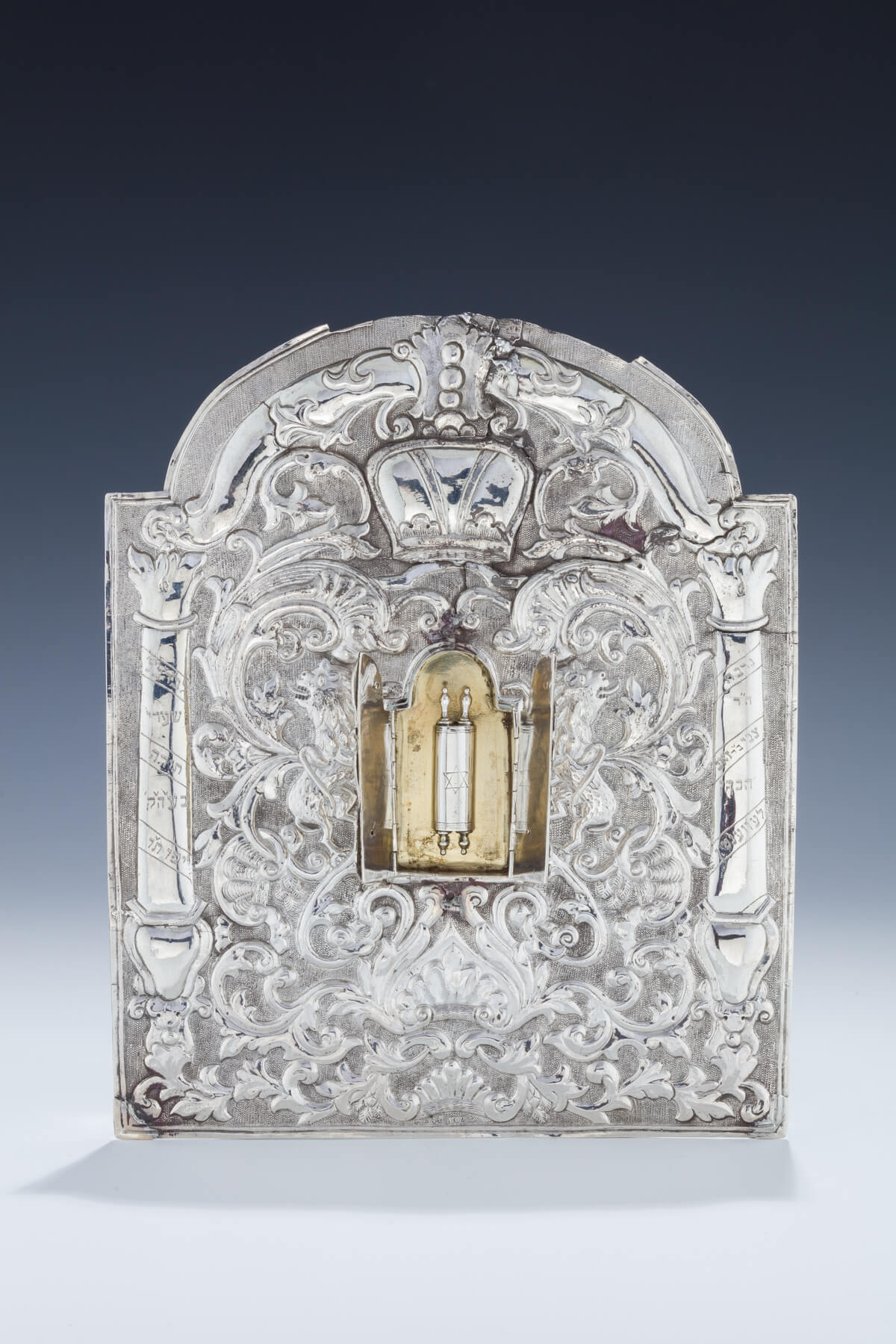 ← 136. A Rare and Important Presentation Water Pitcher by Gale Wood and Hughes 134. A Pair of Large Silver Torah Finials →