A RARE SILVER KIDDUSH CUP OF DUTCH (Oldenzaal) INTEREST. Stockholm 1712. Engraved with dedication to the Holy Congregation of Oldenzaal. In 1748 there were 33 Jews in Oldenzaal and by 1776 there were 47. The largest number of Jews was 256 in 1899. The year 1765 appears to be the first sign of Jewish synagogue life in the community of Oldenzaal. By 1879, that building was in danger of collapsing and was razed and replaced with a new one located in the Kerkstraat. The community had learning centers for advanced studies of Jewish texts. The Jewish community was dissolved in 1948 and in 1964, the synagogue was razed and a new town hall erected on it’s site. The Jewish cemetery is maintained by the local authorities. 2.7” wide and 1.7” tall.
Sold for $3000
May 23, 2021 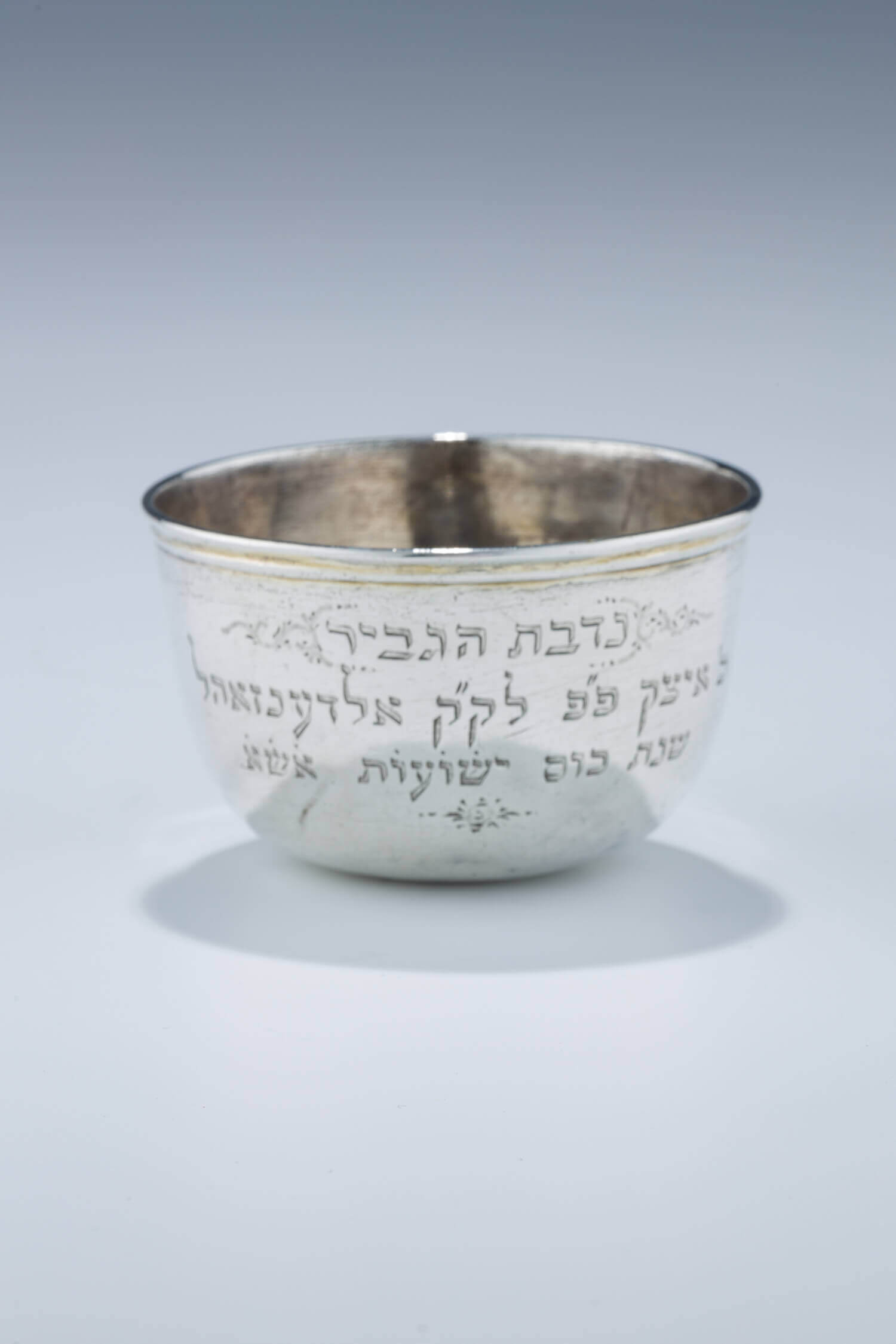