081. A MONUMENTAL DECORATED ARTILLERY SHELL CASING BY THE BEZALEL SCHOOL

A MONUMENTAL DECORATED ARTILLERY SHELL CASING BY THE BEZALEL SCHOOL. Jerusalem, c. 1910. Decorated with applied silver and copper on a 1916 Berndorf brass shell casing. Eight mid-length central cartouches are each engraved with a floral design. Upper band engraved in Hebrew: “WORLD WAR SINAI FRONT JERUSALEM 1916 – 1918.” The base is engraved with BezaleL and Jerusalem in English as well as several Bezalel marks. The Sinai campaign was fought by the British Empire, the Arab revolt against the Ottoman Empire, and the German allies. It was triggered by the Ottoman attempt to raid the Suez canal and ended with the Armistice of Mudros in 1918. As a result of this front, the British Empire was awarded the Palestine Mandate. Decorating spent shell casings was a specialty craft of the Bezalel school that did most of them in Damascene work. Damascening is the inlay and onlay of one metal onto the other reminiscent of the rich tapestry of Damask silks, often found in Damascus, Syria in the mid to late 19th century. This 23.4” artifact appears to be one of the largest examples of a decorated shell casing. The casing itself appears to have been manufactured by the Wollersdorfer Works factory in the Berndoff region of Lower Austria. Originally in the Kamenetsky collection of Bezalel works.
Estimate $6,000 – 9,000
May 23, 2021 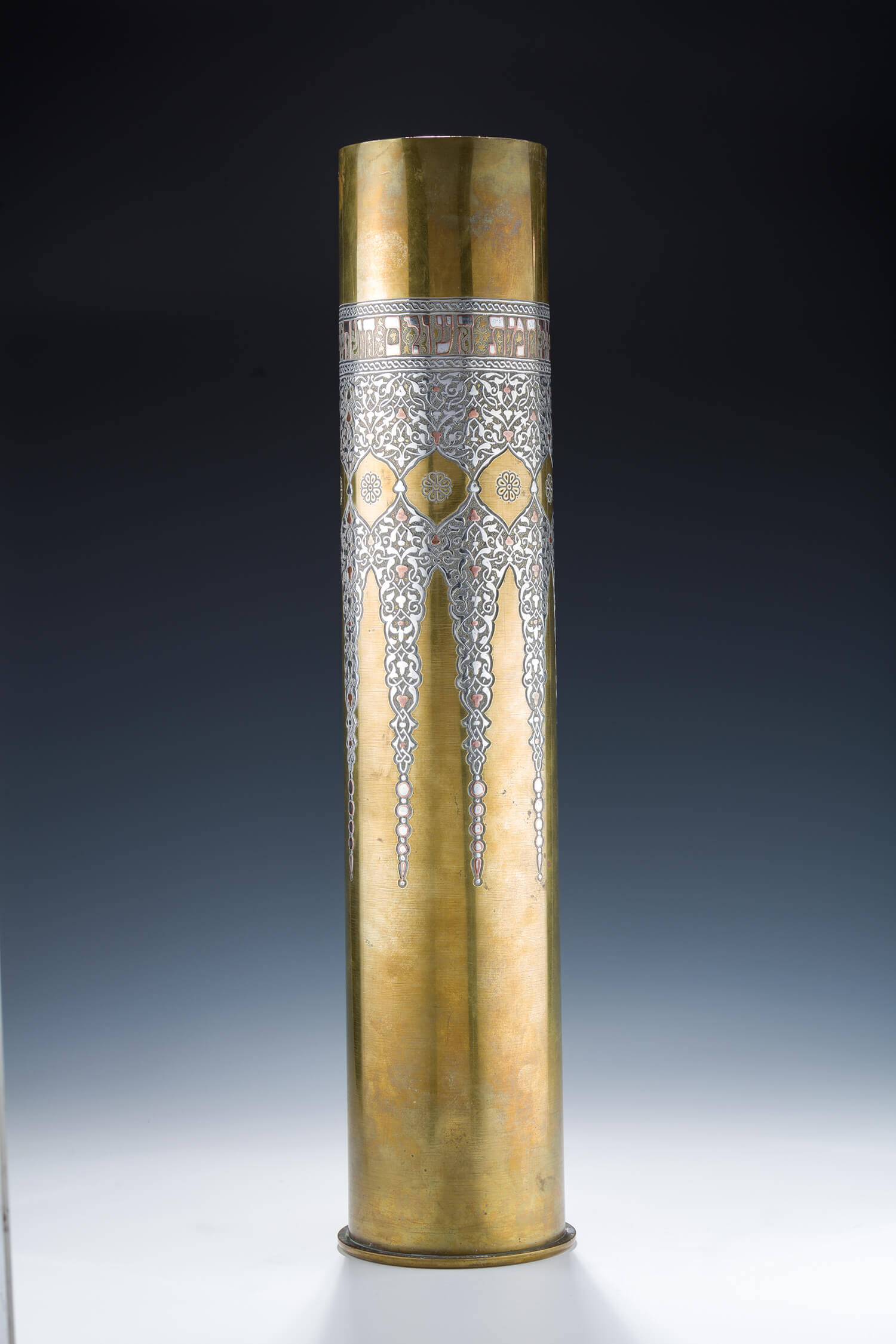