Germany, early 20th century. Rectangular with faceted corner supports, the front embossed with Hebrew inscription Keren Kayemet Leyisrael above a star and Jüdischer National-Fonds. The sides with eternal lights, the back with grape cluster. Dents from usage. Marked: Entwurf: Leop Fleischhacker aus F. Homann-werke vohwinkel. Leopold Fleischhacker (b. 1882, Hessen Germany, d. 1946 Ukkel, Belgium) was a German sculptor and medalist.He trained at Kunstgewerbeschule Düsseldorf from 1897 – 1902 and Kunstakademie Berlin from 1902 – 1905 under Ernst Herter and Peter Beuer. In 1905, he was awarded the Rome Prize of the Michael Beer Foundation, which was a scholarship, during his eight month stay in Rome, Italy. In 1906, he moved to Dusseldorf and was the assistant to August Bauer who he regarded as his most important teacher. In 1912, he opened his own studio. In 1913 – 14, a bust of Theodor Herzl was recorded by WMF under his design. He continued to work and participated in several competitions for WW1 memorials. In 1926, he created reliefs on behalf of the Jewish community of Dusseldorf. In 1934, he joined the “Malkasten” art gallery in Dusseldorf. By 1933, he was forbidden to work for any non-Jewish customers according to German law of the time. In 1938, his studio in in Dusseldorf was destroyed in the Reichspogromnacht. He took refuge in Belgium where he and his wife were hidden until the end of WWII. He found work in a ceramics factory. He died in Uccle and was buried in the Jewish cemetery of Dilbeek, near Brussels.Other famous works by Fleischhacker include: A nude figure of Count Adolf I in Hamm (1915), head medallions for the district court of Dusseldorf (1920), the public library in Wuppertal (1929), sculptures in the Town Hall of Oberhousen (1930), and the Goddess Hygieia sculpture in Dusseldorf (1930) 5.7” tall. 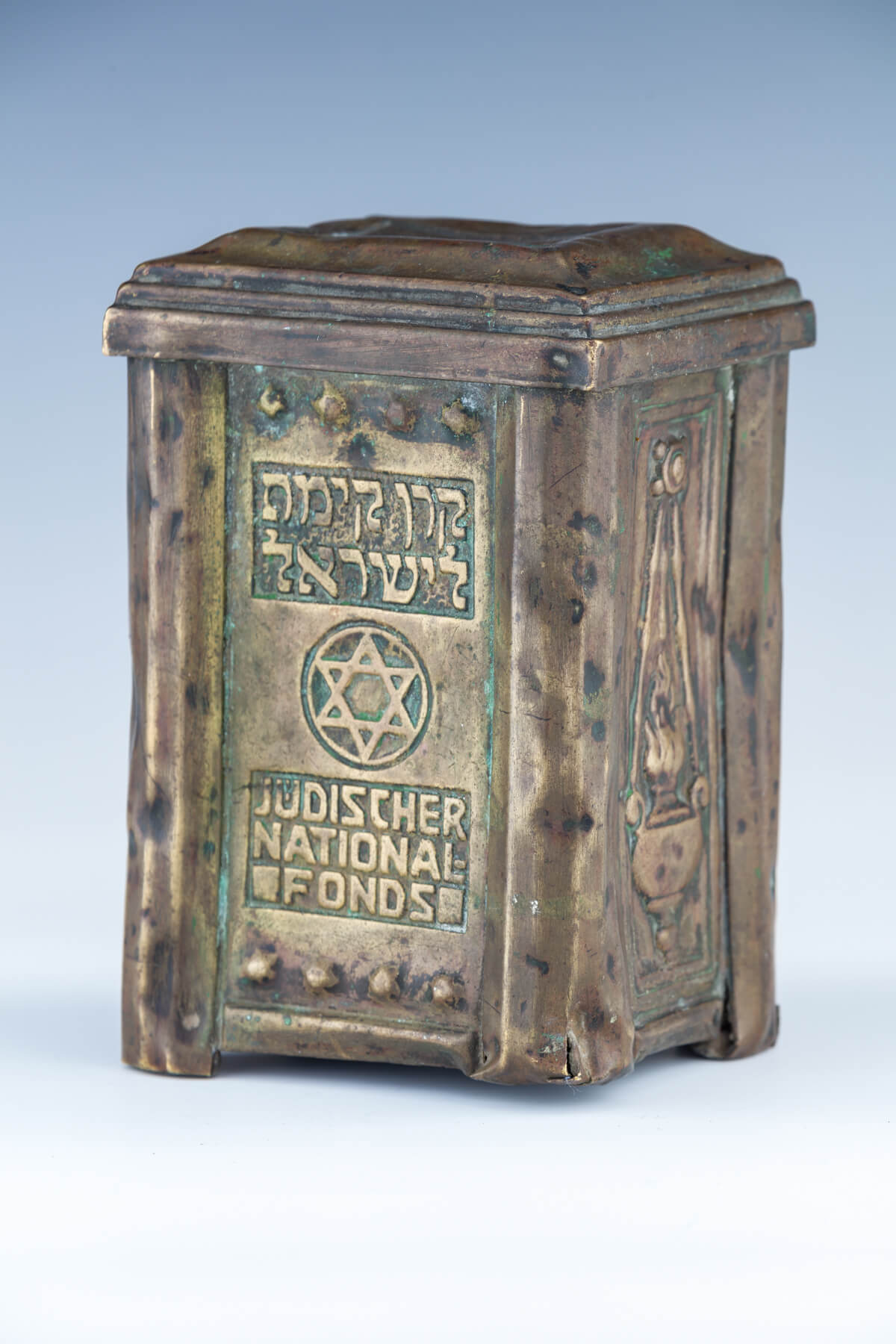