A PRAYER BOOK FORMERLY OWNED BY MARILYN MONROE. Sefer Sepath Emeth by the Hebrew Publishing Company. New York 1926 Purchased at Christie’s auction of the Estate of Marilyn Monroe, in the October 27/28, 1999 sale. Lot number 543. Original sticker affixed to rear inside cover. Marilyn Monroe who converted to Judaism in 1956 at the same time as he marriage to American playwright Arthur Miller. Rabbi Robert Goldberg of Connecticut presided over her conversion. Miller’s synagogue was Cong. Torah Vodat-The Avenue N Jewish Center which was reportedly Conservative at the time. Monroe and Miller divorced in 1961 but remained committed to her new religion. Inscribed on front page with two dedication inscriptions. The first, dated August 4, 1934 to Kenneth Wasserman from Mrs. A. Braunstein, and then apparently regifted to Mrs. Marilyn Cooper-Smith from Kenneth Wasserman who inscribed “To Mrs. Marilyn Cooper-Smith ‚Äì I wish you to keep this bible with (which?) you are married (?). The Hartford Courant (legacy.com) records the passing of a Marilyn Coopersmith with the maiden name Miller in 2014, who was born in 1931.
Sold for $7,000
December 8, 2019 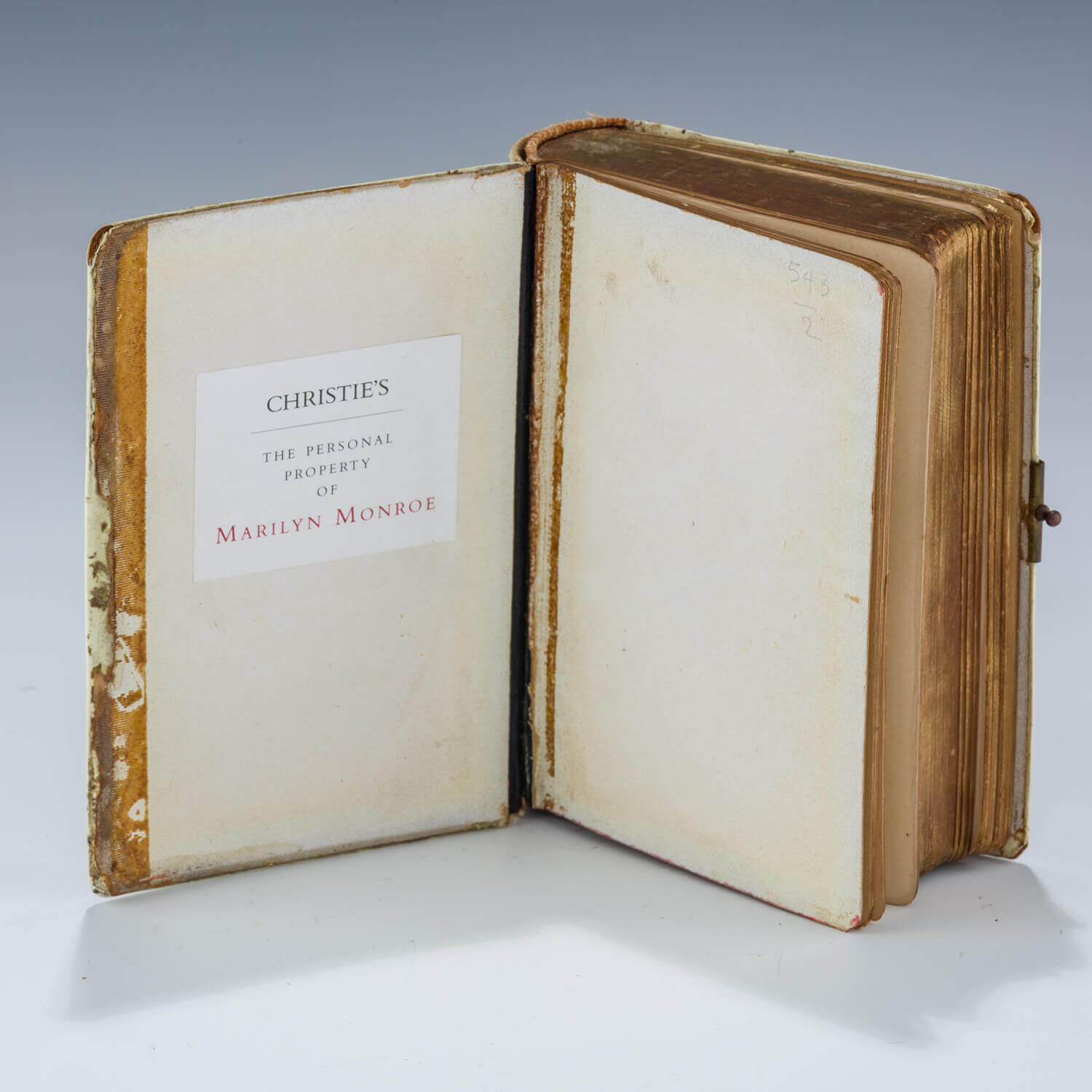