Germany, 1876. On chased base decorated with shell design. Classically decorated stem and gilded interior. Inscribed by the Jewish community of Wolfhagen to J. Levison. Wolfhagen’s Jewish community dates to the 18th century. In 1777, the community established a synagogue that also housed a school on Schuetzenberger Street. By 1788, there were 59 members. In 1859, a new synagogue was established on Mittelstrasse and a new Jewish school on Gerichtsstrasse which also housed a mikvah. In 1871, there were 300 Jewish residents. In 1933 there were only 70 Jews left in town. 6.75” tall. Early repair to stem. Marked 13 and illegible maker’s mark. 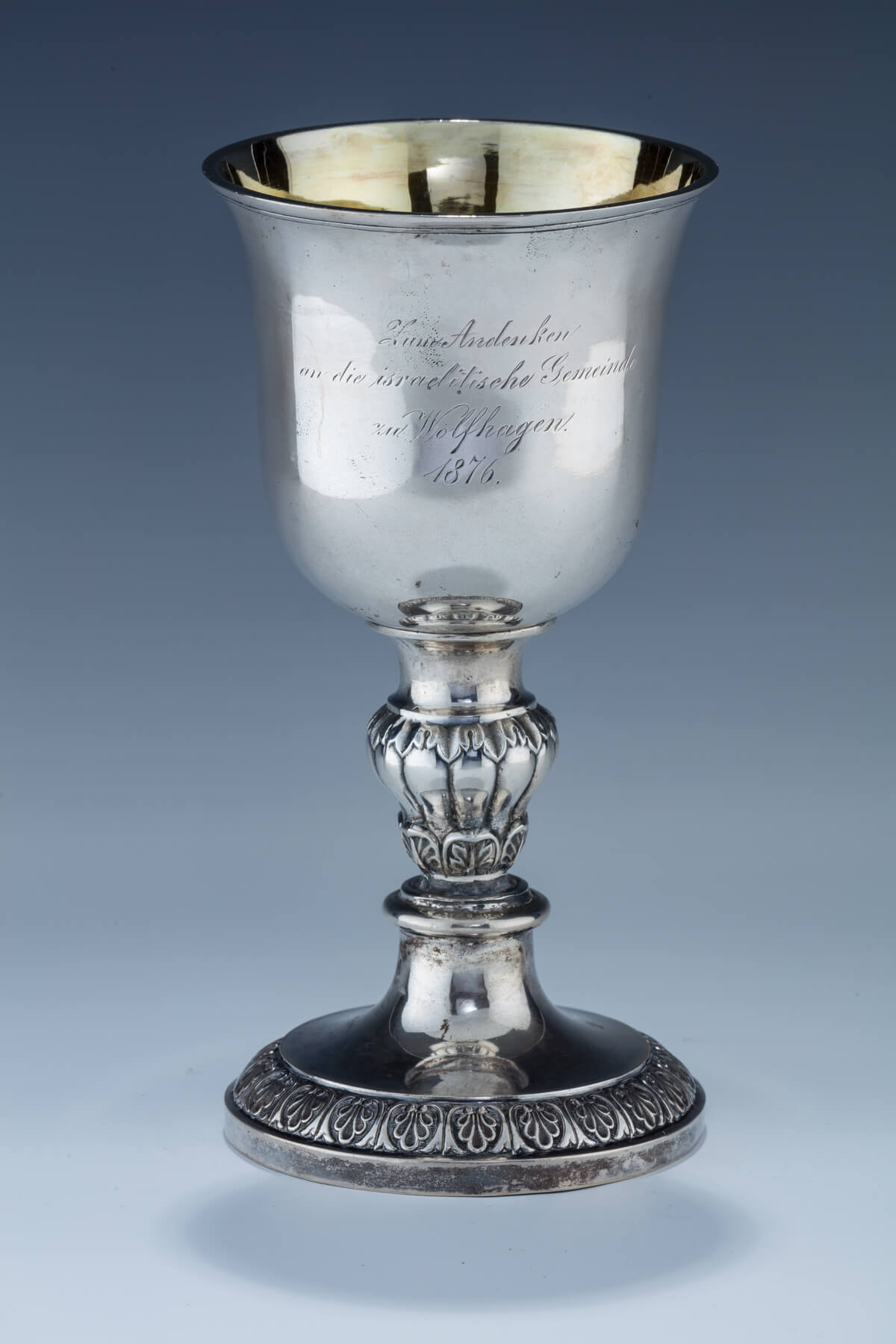 ← 20. A Large Porcelain Seder Tray 18. A Porcelain Figurine Of A Seated Hasidic Man In Prayer →