DIE NARREN DES KAGANOWITSCH/THE FOOLS OF KAGANOVITCH. Munich, 1942. This AntiSemitic novel discusses the nefarious actions of Jews in Russia, their influence over Stalin and the evils contained within the Talmud. Kaganowitsch was a very influential Jew within Stalin’s circle. Lazar Moiseyevich Kaganovich (Russian: Ла́ зарь Моисе́ евич Кагано́ вич; 22 November [O.S. 10 November] 1893 – 25 July 1991) was a Stalinist Soviet politician and administrator and one of the main associates of Joseph Stalin. He is known for helping Stalin seize power, for his role in organizing, planning and supervising the Holodomor, and for his harsh treatment and execution of those deemed threats to Stalin’s regime. He was project manager and led the original design team of the Moscow Metro, and it was named after him until 1955. At his death in 1991, he was the last surviving Old Bolshevik. The Soviet Union itself outlived him by a mere five months before it finally disintegrated.
Estimate $800 – 1,200
January 24, 2021 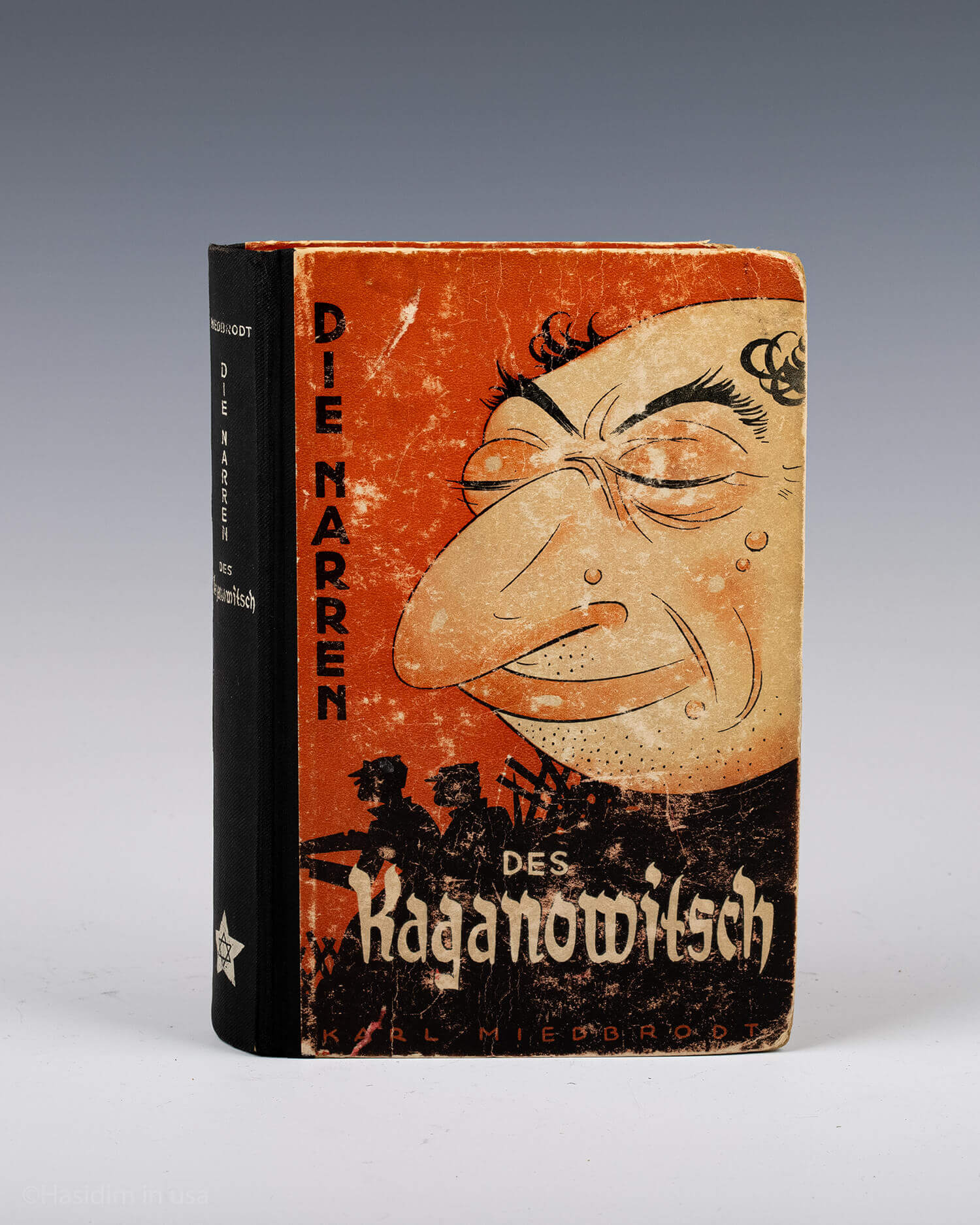