154. A SIGNED LETTER FROM MEYER LANSKY TO HIS DAUGHTER

A SIGNED LETTER FROM MEYER LANSKY TO HIS DAUGHTER. December 26, 1970. ​ ​In this emotional letter, Meyer writes to his daughter Sandra, while in Israel after running away from American to avoid prosecution. During this period, Lansky was attempting to gain Israeli citizenship thereby escaping federal tax evasion charges in the US. He was deported back to the US two years later, and was acquitted in 1974. 8.25″ x 10.75″. 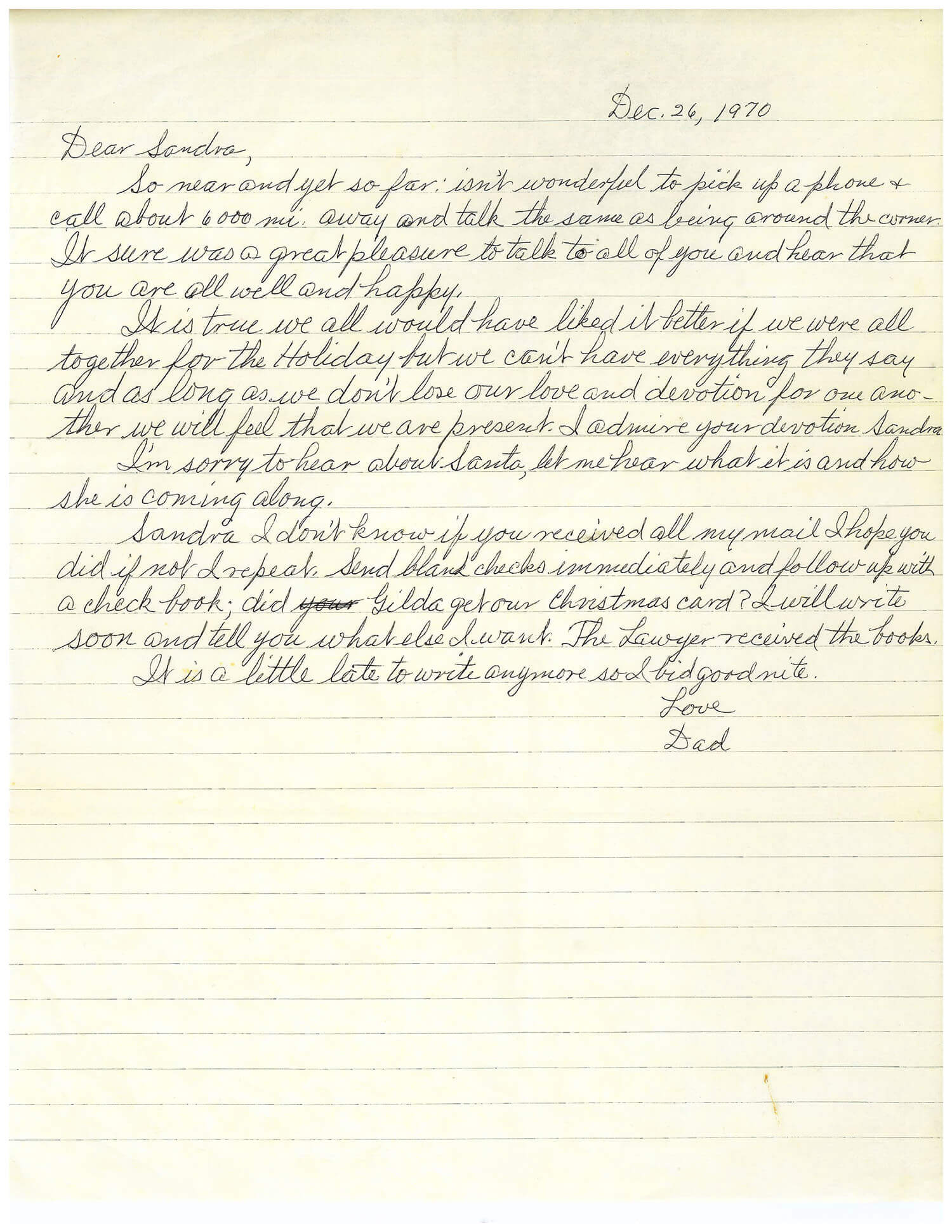