MUSEUM DE HORRORS DREYFUS AFFAIR POSTER. ​Hand-colored anti-Semitic poster 20″ x 26″. Illustrated by V. Lenepveu ca. 1900 showing a caricature of Clement-Armand Fallieres (1841-1931) then-president of the French Senate holding up a notice stating: “Session of June 2 1900…Message from the Jewish Ball to the Senators”. This poster issued tellingly by the “Museum of Horrors” was number 37 in a series of 51 satirical posters attacking politicians, writers and journalists who had taken “Dreyfusard” positions. While this work implies Fallieres had been serving on a Jewish agenda, he was relatively fortunate in his portrayal as other posters in the same series depict their subjects – especially the Jewish ones – as snakes, apes, cows, frogs and flies…among others. Laminated on the verso, slightly wrinkled, tiny spots of foxing at bottom, minor loss to the bottom right corner. Otherwise in nice condition.
Estimate $400 – 600
Sold for $375
January 24, 2021 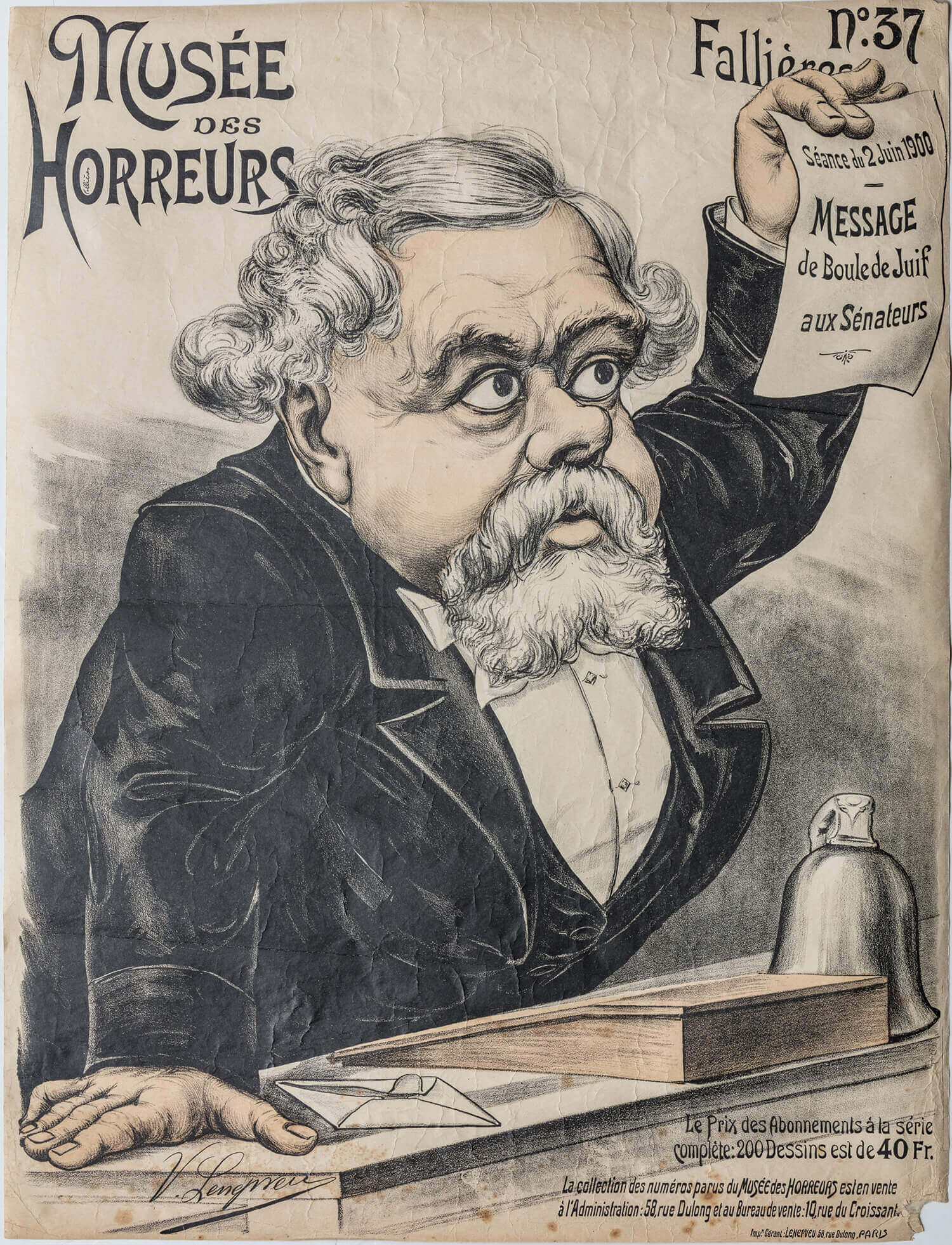 ← 153. A SIGNED LETTER FROM MEYER LANSKY TO JOSEPH "YUSHKI" SHEINER 151. THE FOUR MEGILLOT ON PARCHMENT →