AN EARLY PARCEL GILT SILVER TORAH CROWN. Nasielsk, c. 1800. On silver base decorated with alternating stags and lions flanking a crown. The lower ribs decorated with applied lattice work, holding up a second crown topped with a bid. The upper band engraved in Hebrew: “THIS CROWN BELONGS TO ABRAHAM, JACOB ISSACHAR’S SON FROM THE NASIELSK COMMUNITY”. Nasielsk is a small town in the district of Pultusk in the provenance of Warsaw. In the late 17th century, one of the most beautiful wooden synagogues were built in Nasielsk by Simcha Weiss. It was so magnificent that it was mentioned in the first official inventory of architecturally important buildings in Poland. In the year 1800, there were approximately 1000 Jews living in Nasielsk. 9.2″ tall.
Estimate $40,000 – 60,000 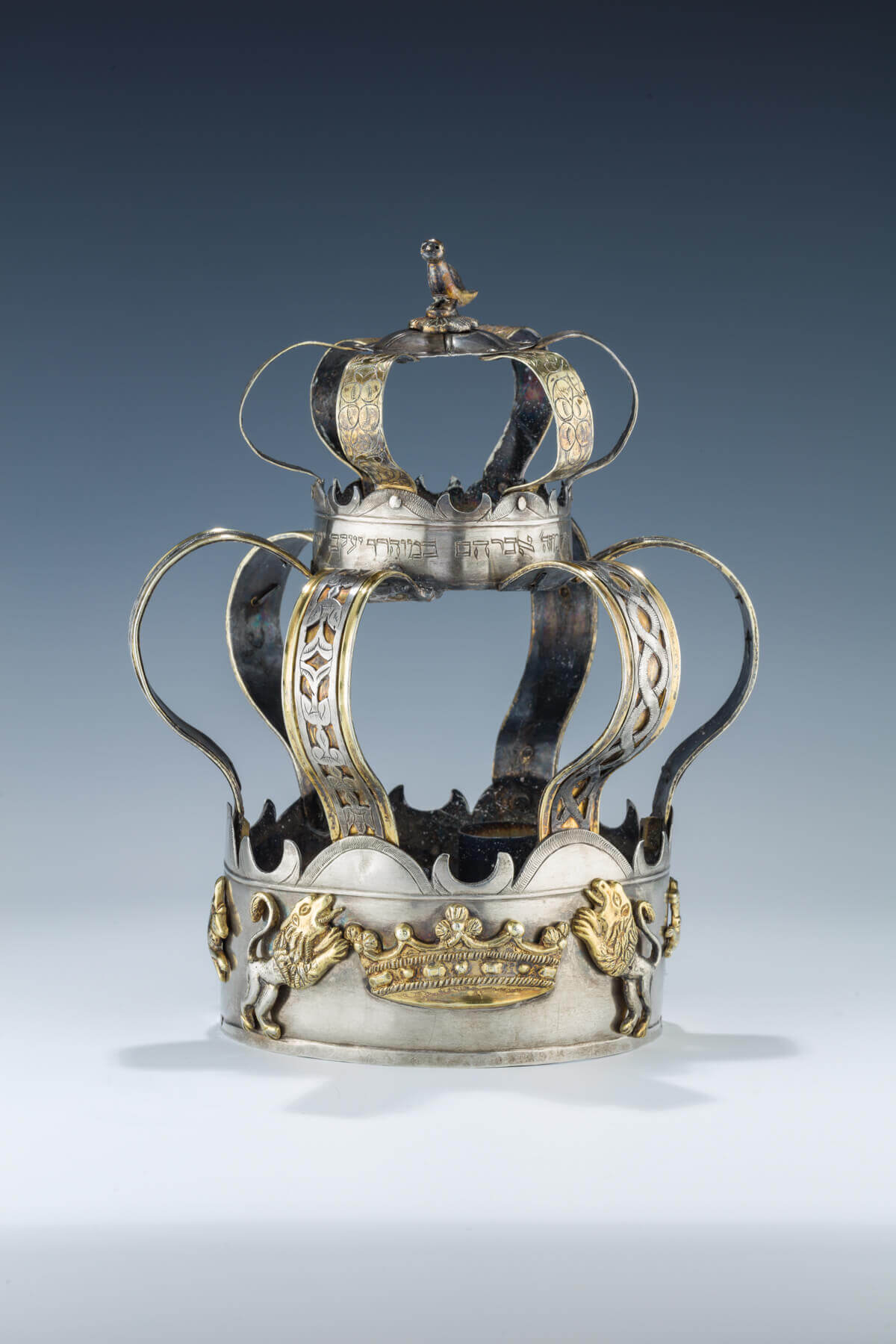