120. AN EARLY AND IMPORTANT SPICE TOWER FORMERLY IN THE COLLECTION OF MICHAEL ZAGAYSKI

AN EARLY AND IMPORTANT SPICE TOWER FORMERLY IN THE COLLECTION OF MICHAEL ZAGAYSKI. Probably Germany, Probably the 17th century. On a square base with an elongated main section and two upper filigree sections. Each lower corner is decorated with a cherub, each middle section a flower, and each upper section a flag (one now lacking). With the original key. Sold at Parke-Bernet March 18, 1964, at Sotheby’s, New York, June 1985, lot 286 at J. Greenstein and Company, Inc., October 15, 2007, lot 58. Formerly in the collection of Richard Janger, Chicago, Illinois. 12.3″ tall. 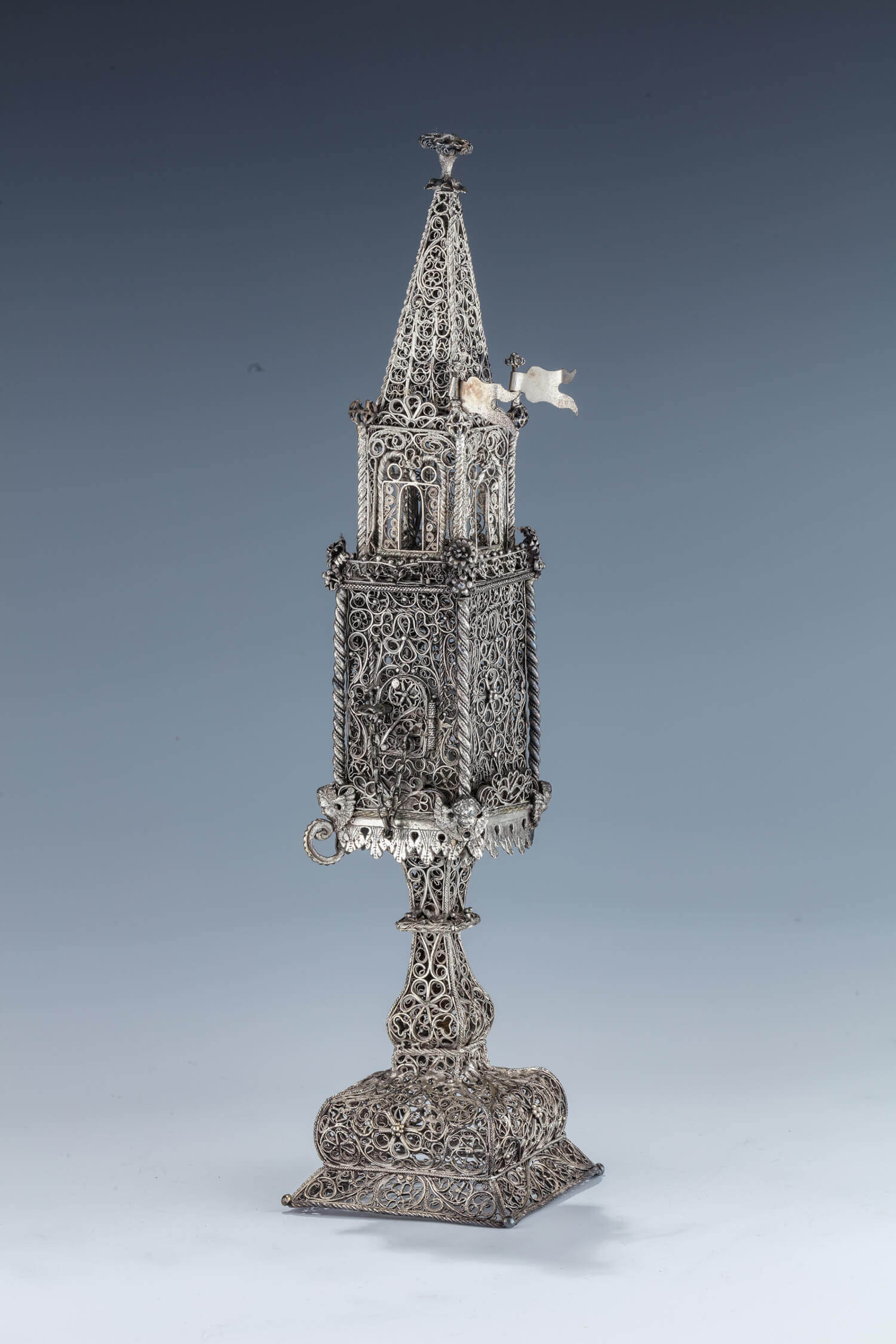 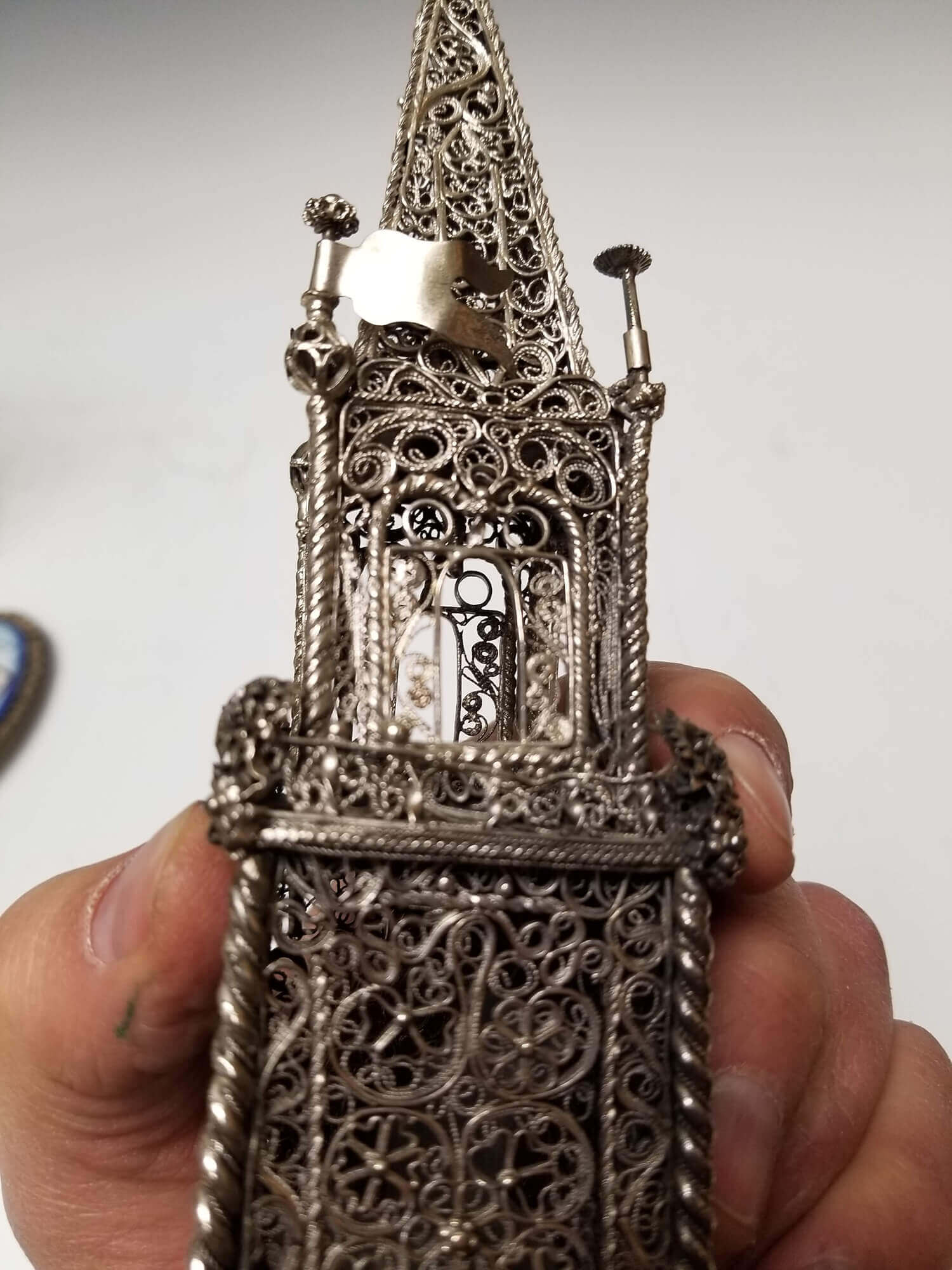 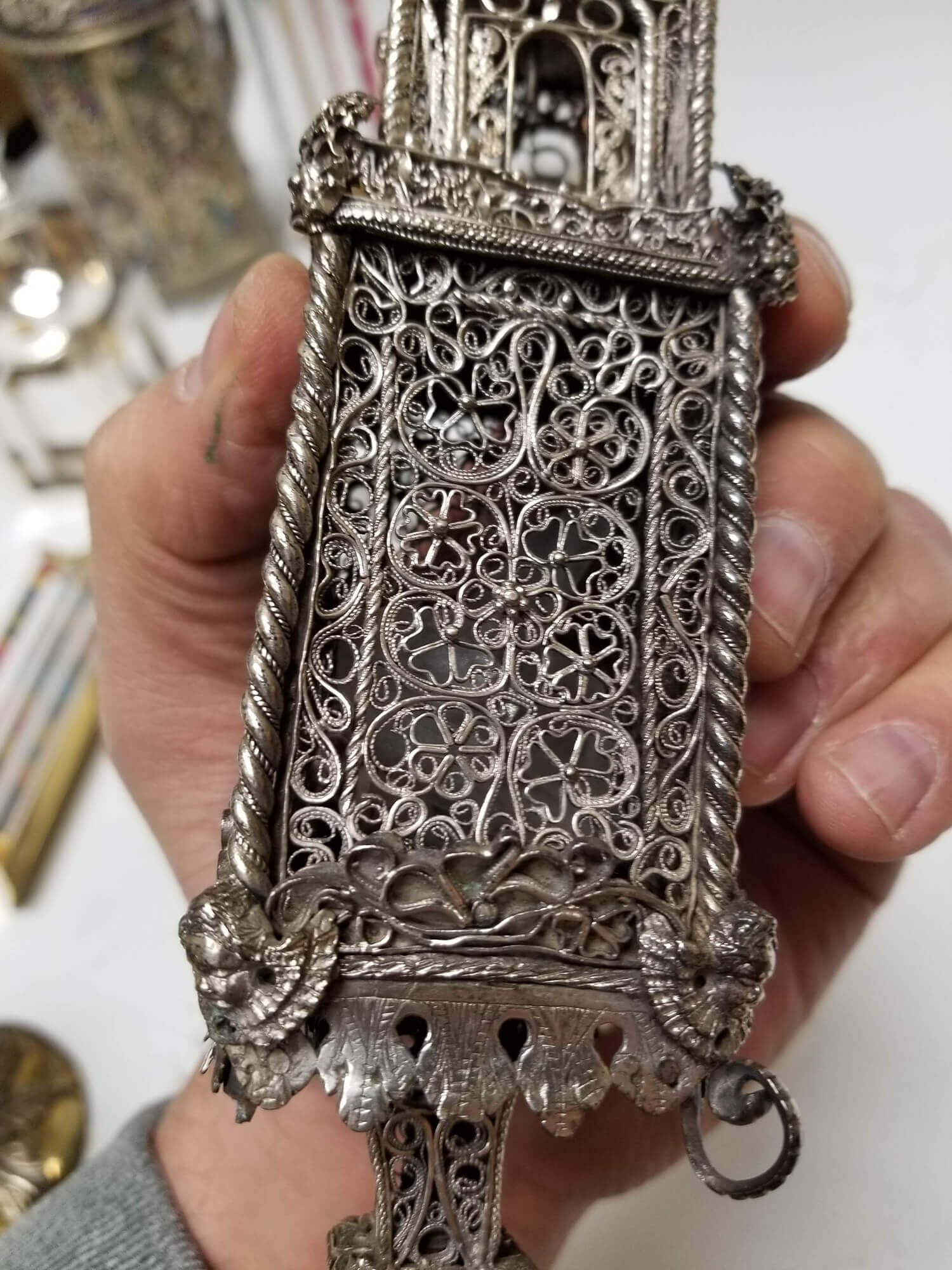 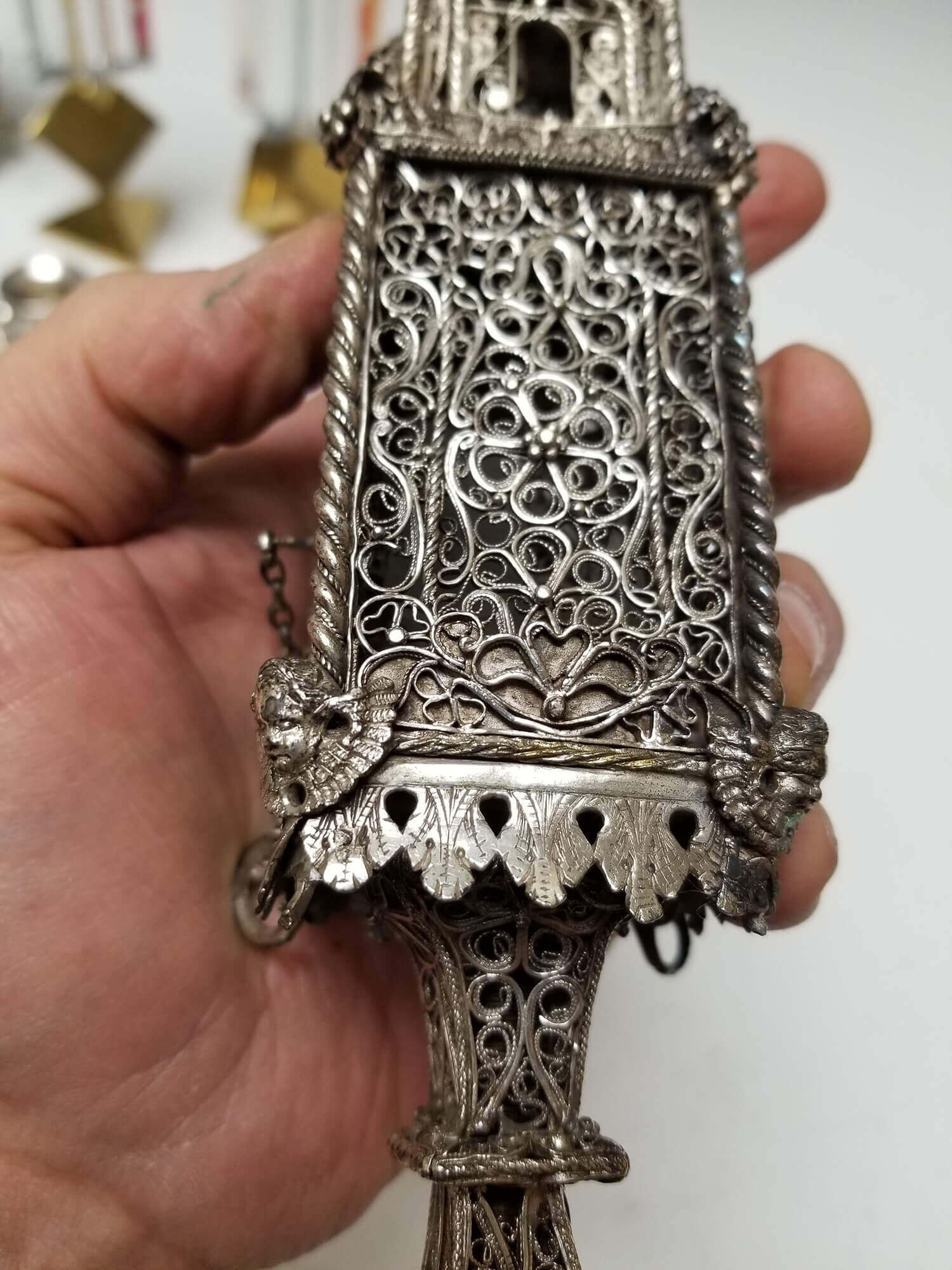 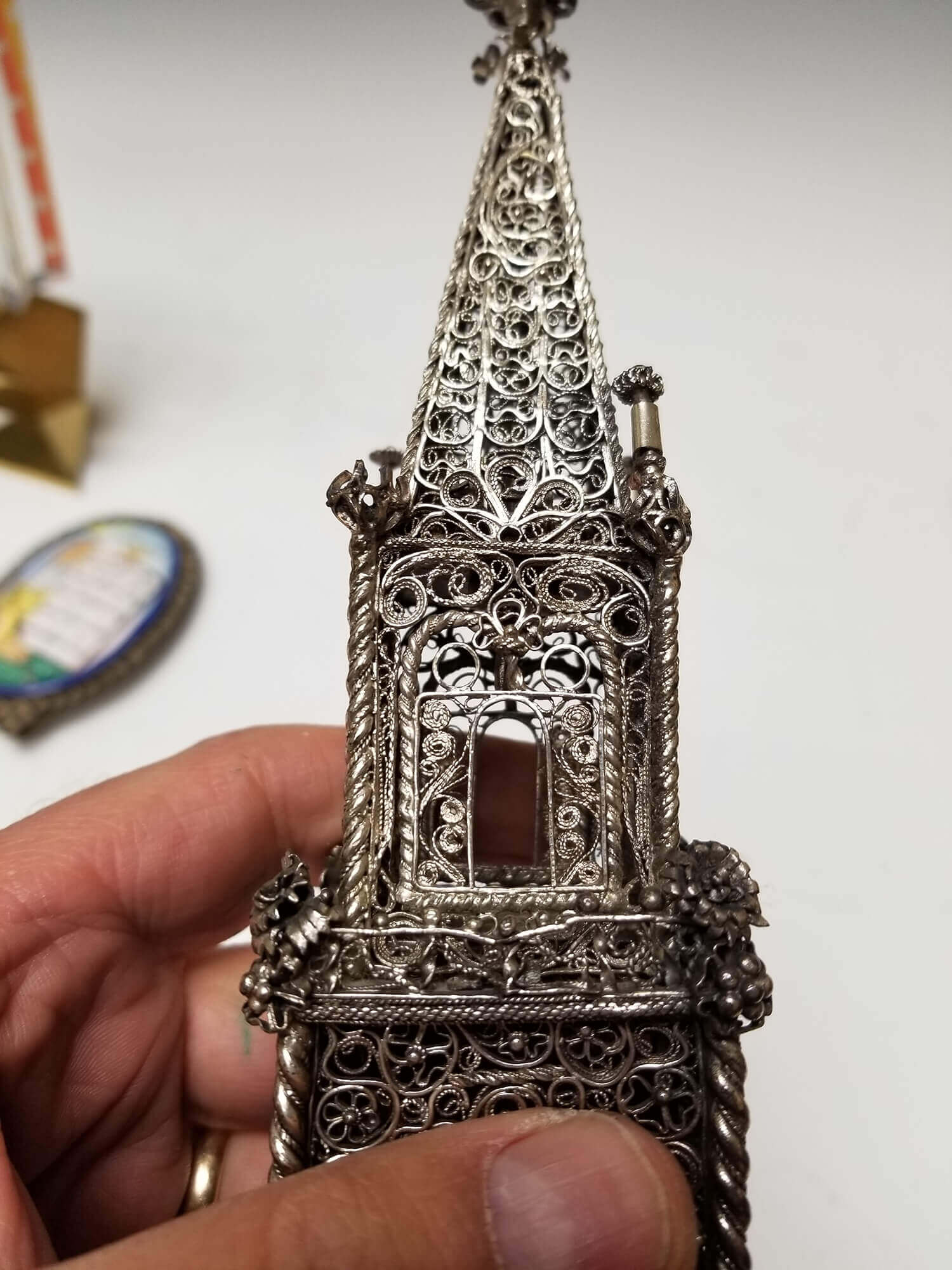 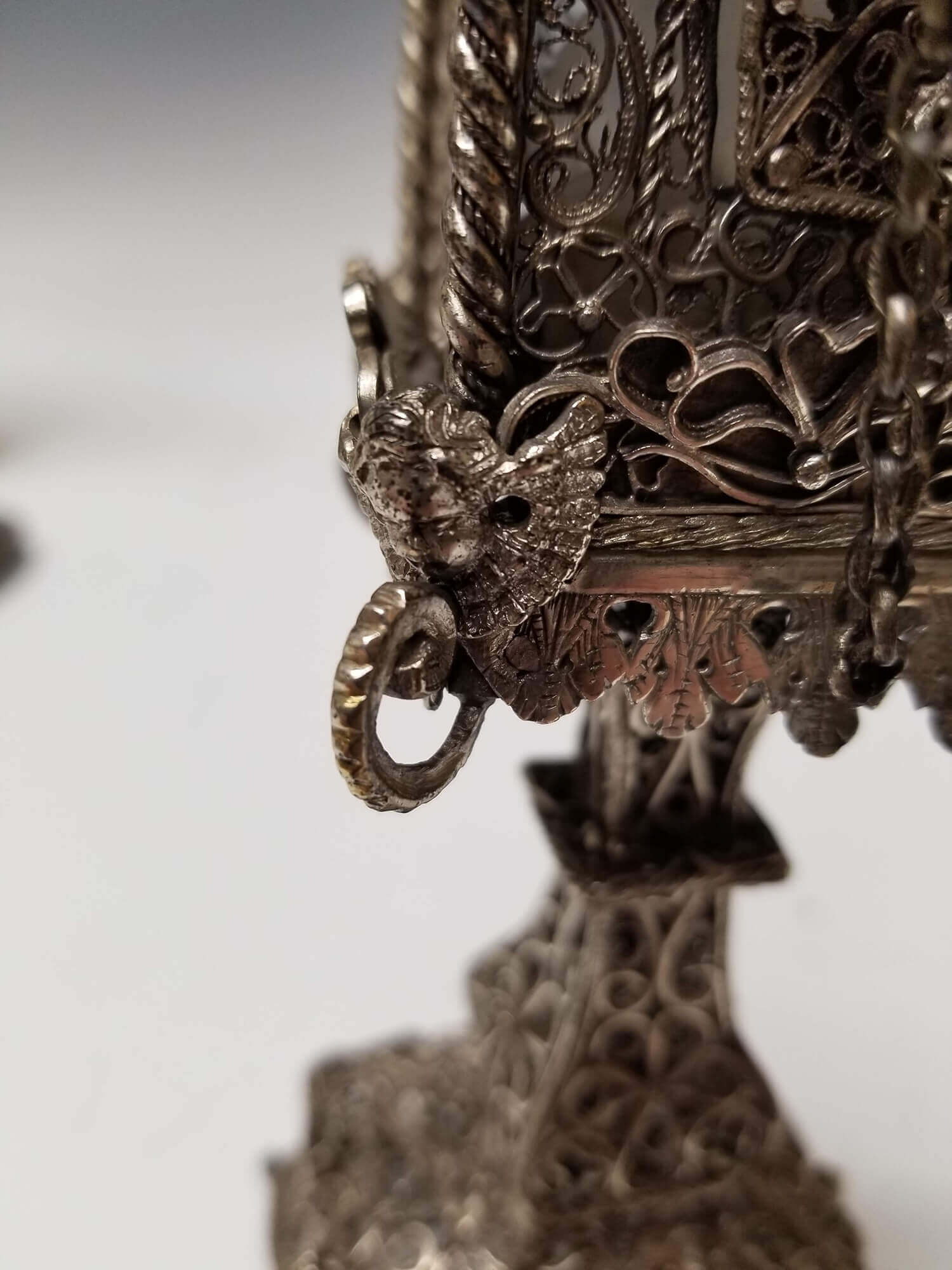 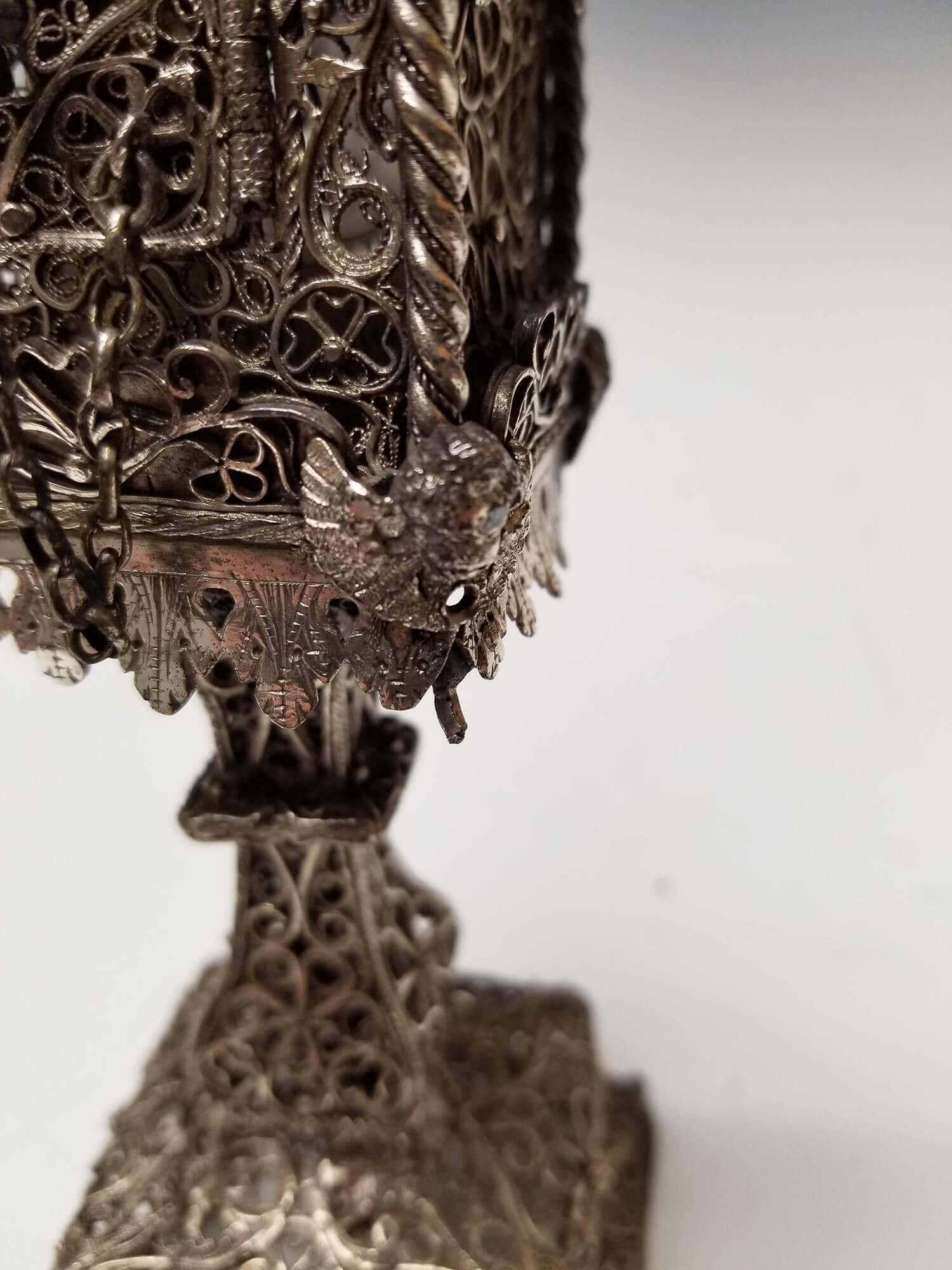 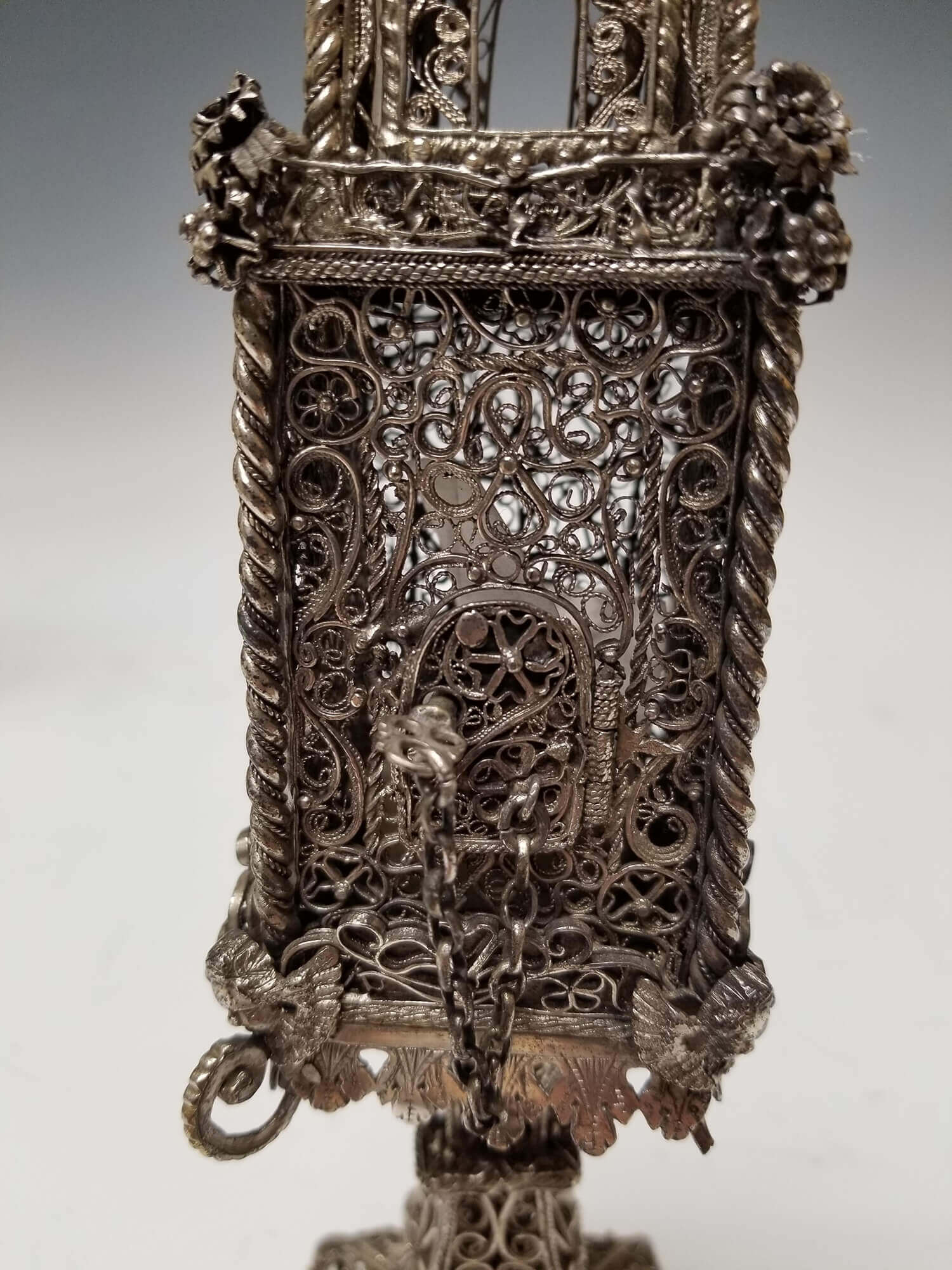 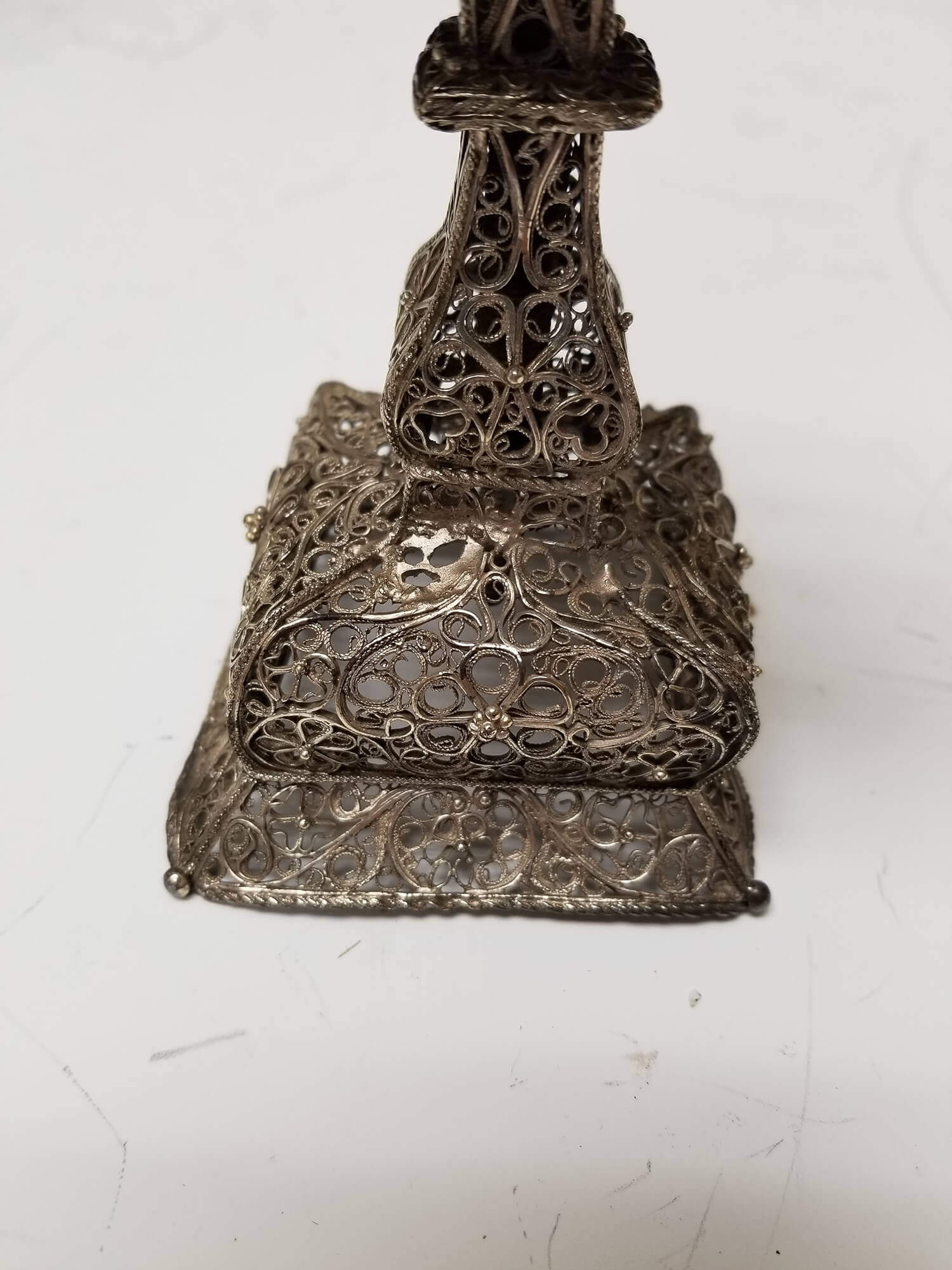 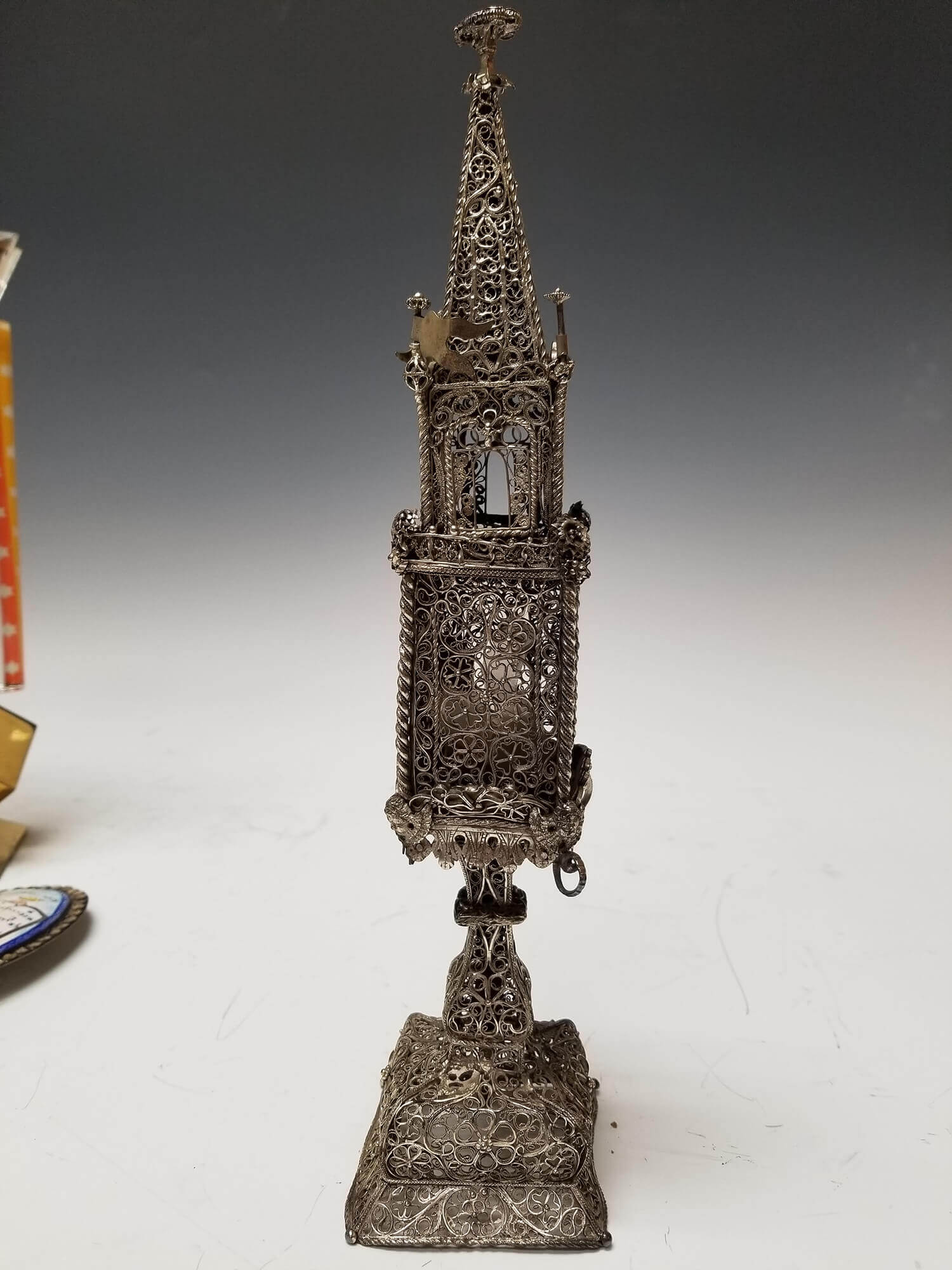