115. A LARGE SILVER MEZUZAH BY ILYA AND RESIA SCHOR

A LARGE SILVER MEZUZAH BY ILYA AND RESIA SCHOR. New York, c. 1961. Rectangular in form. Decorated with stylized animals that surround spheres inscribed in Hebrew relating to the Jewish holidays. Central portion fitted with a pair of doors inscribed with the prophecy of the Messiah. Further decorated with applied gold roundels. The interior is painted with a panel depicting a rabbi holding up a Trah. 7″ x 4″. According to Belle Rosenbaum, after Ilya’s death, Resia, his wife assembled this mezuzah using pieces he crafted. Formerly in the collection of Belle Rosenbaum (purchased directly from the artist) and featured in her book” UPON THY DOORPOSTS” on page 228. Sold J. Greenstein and Company, Inc. June 12, 2006, lot 213. 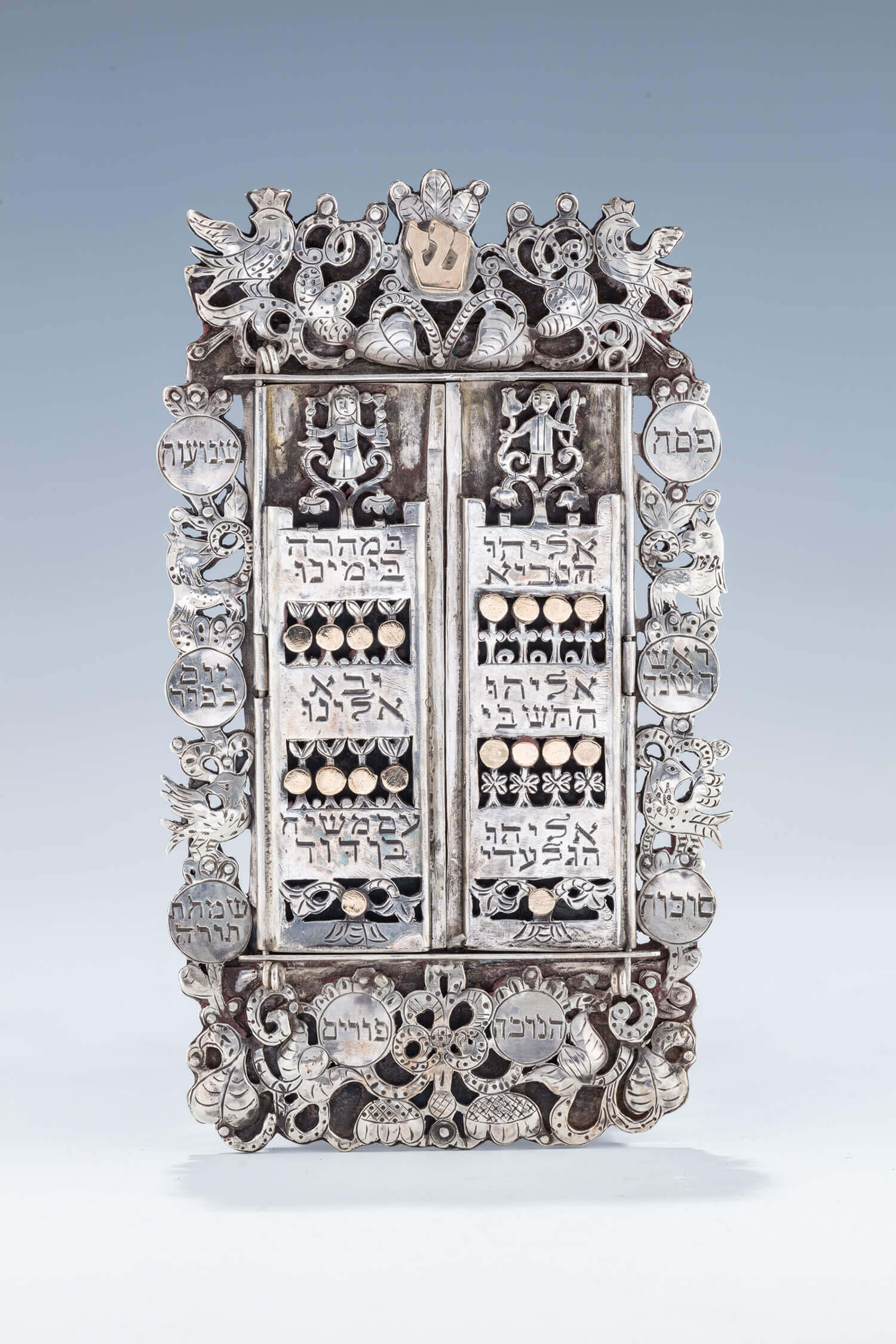 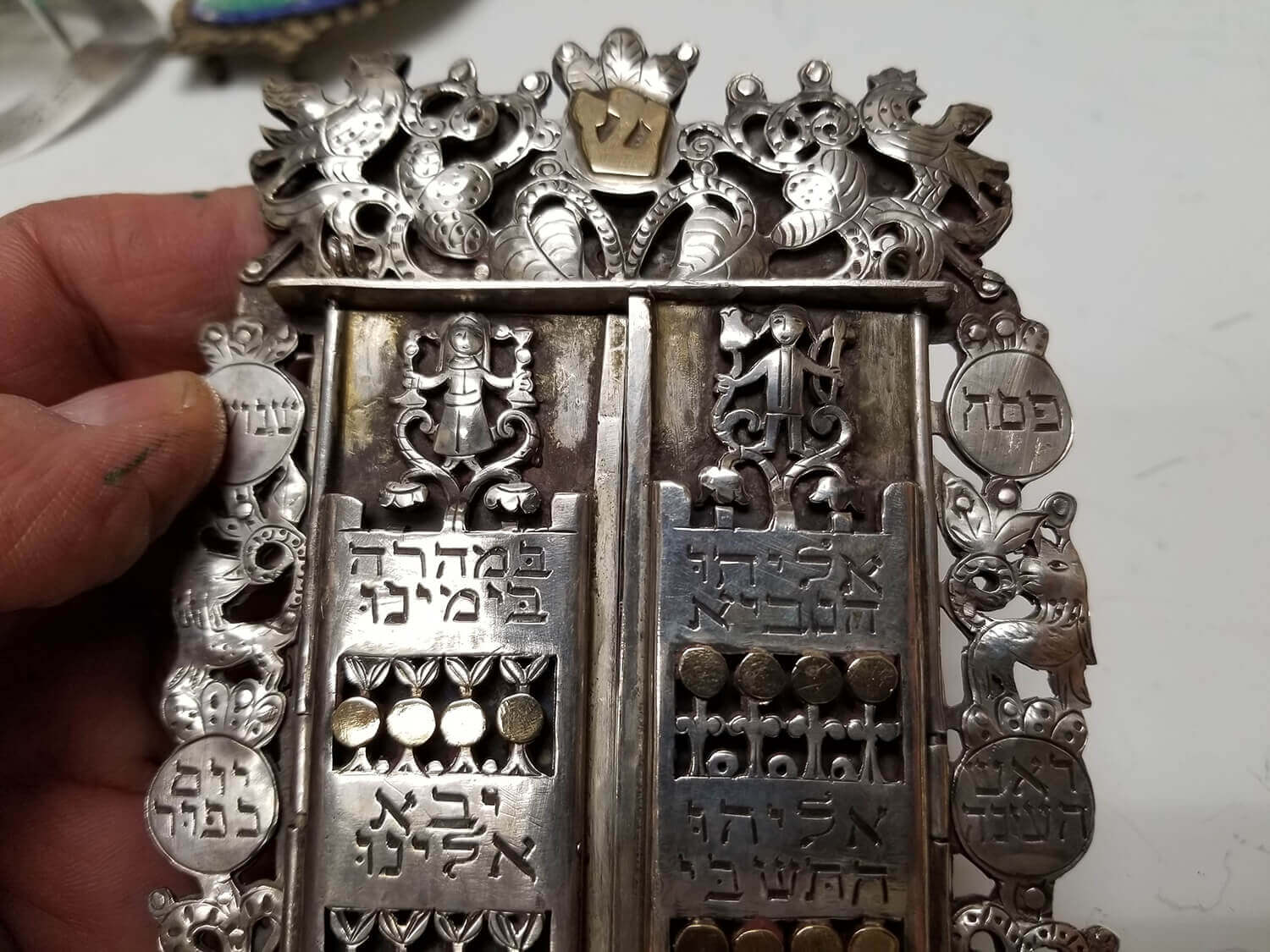 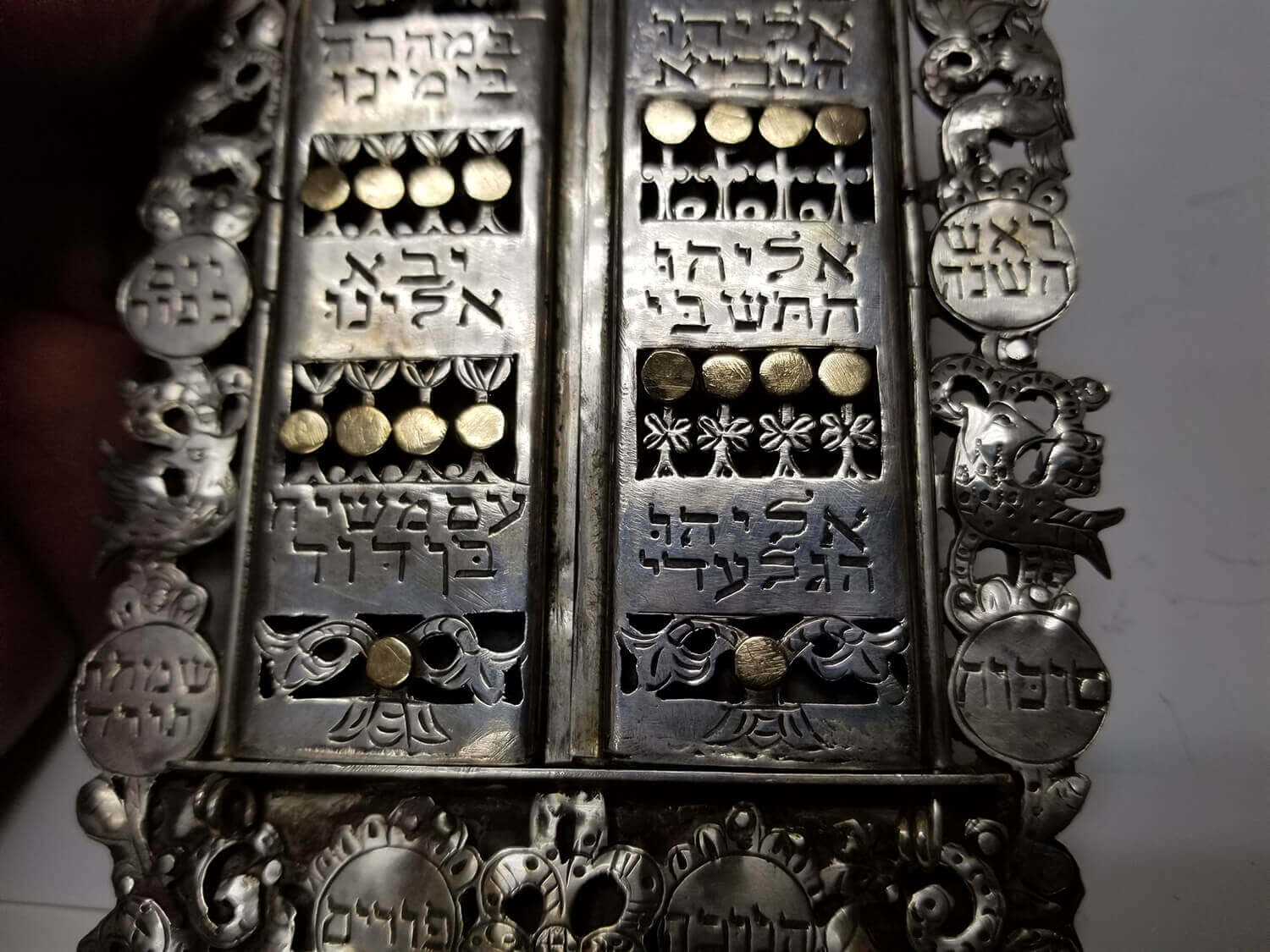 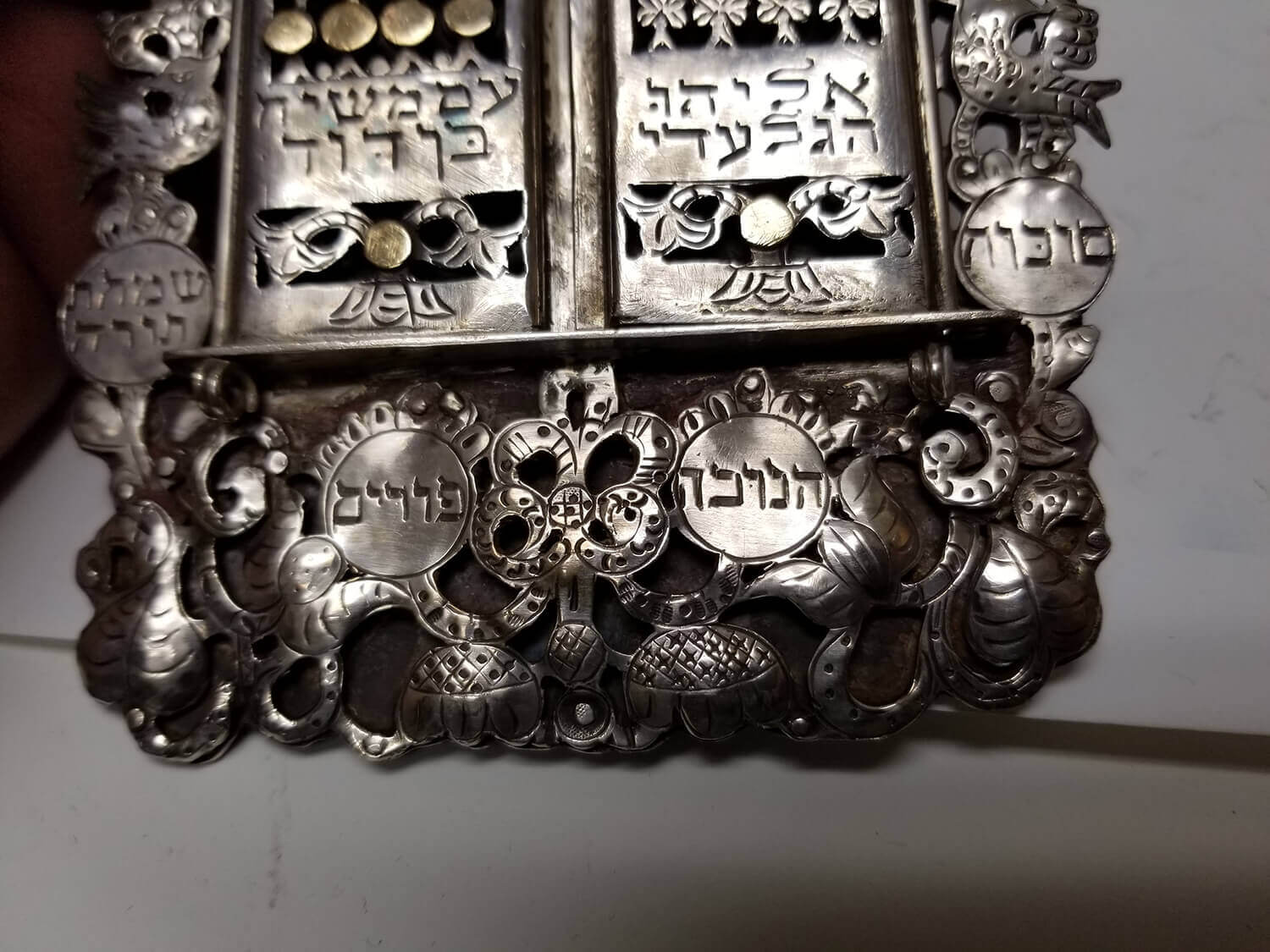 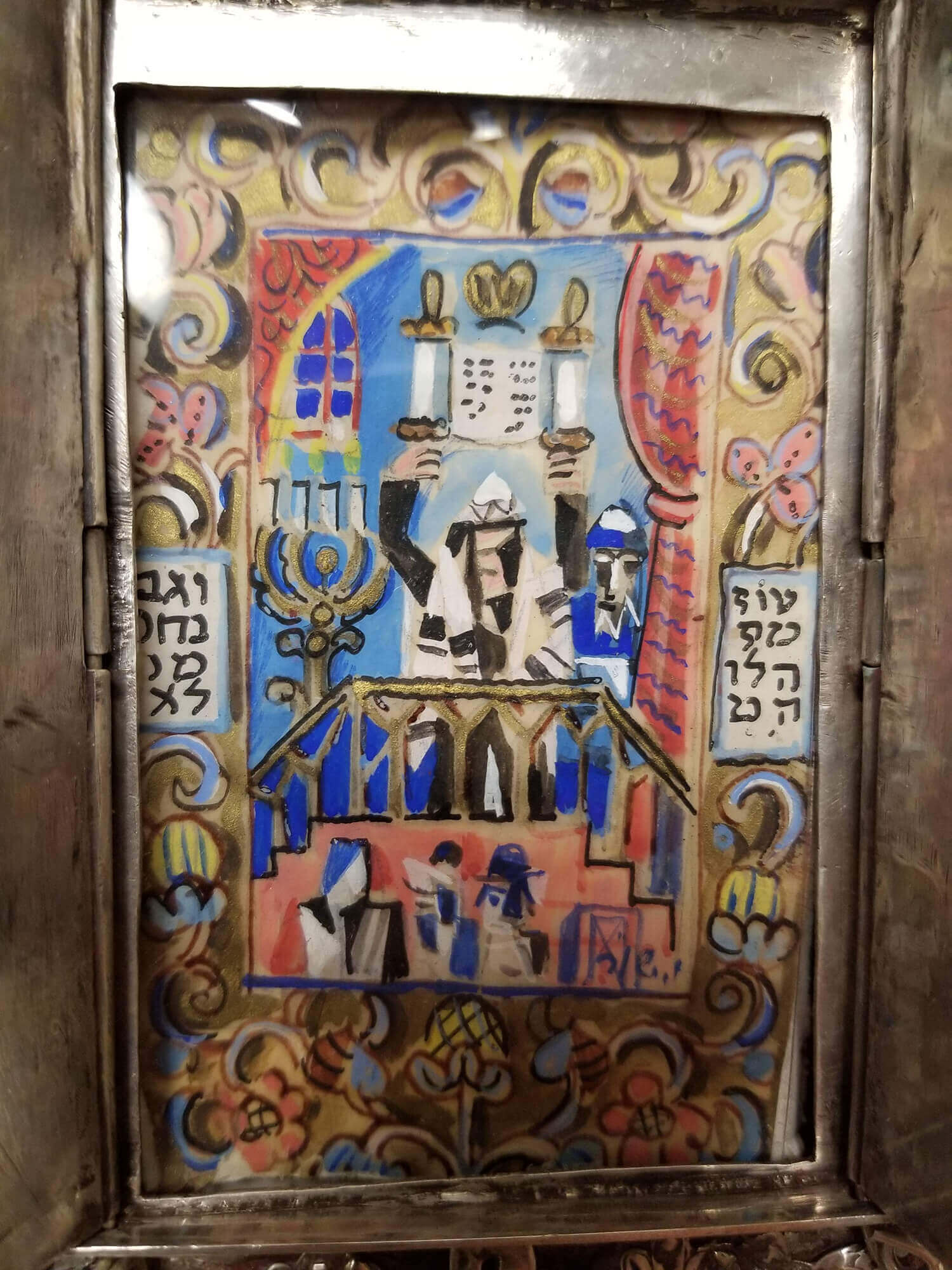 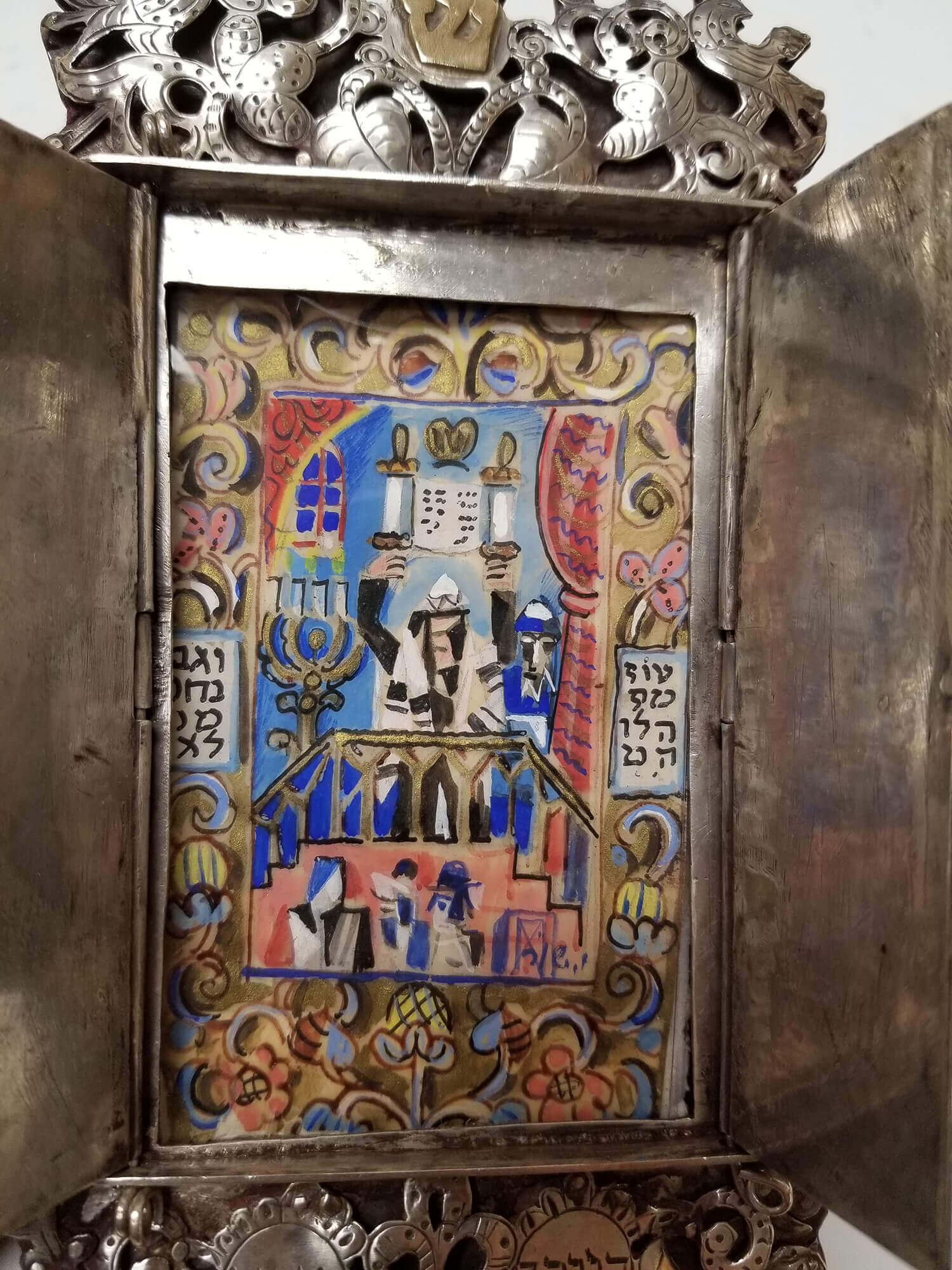 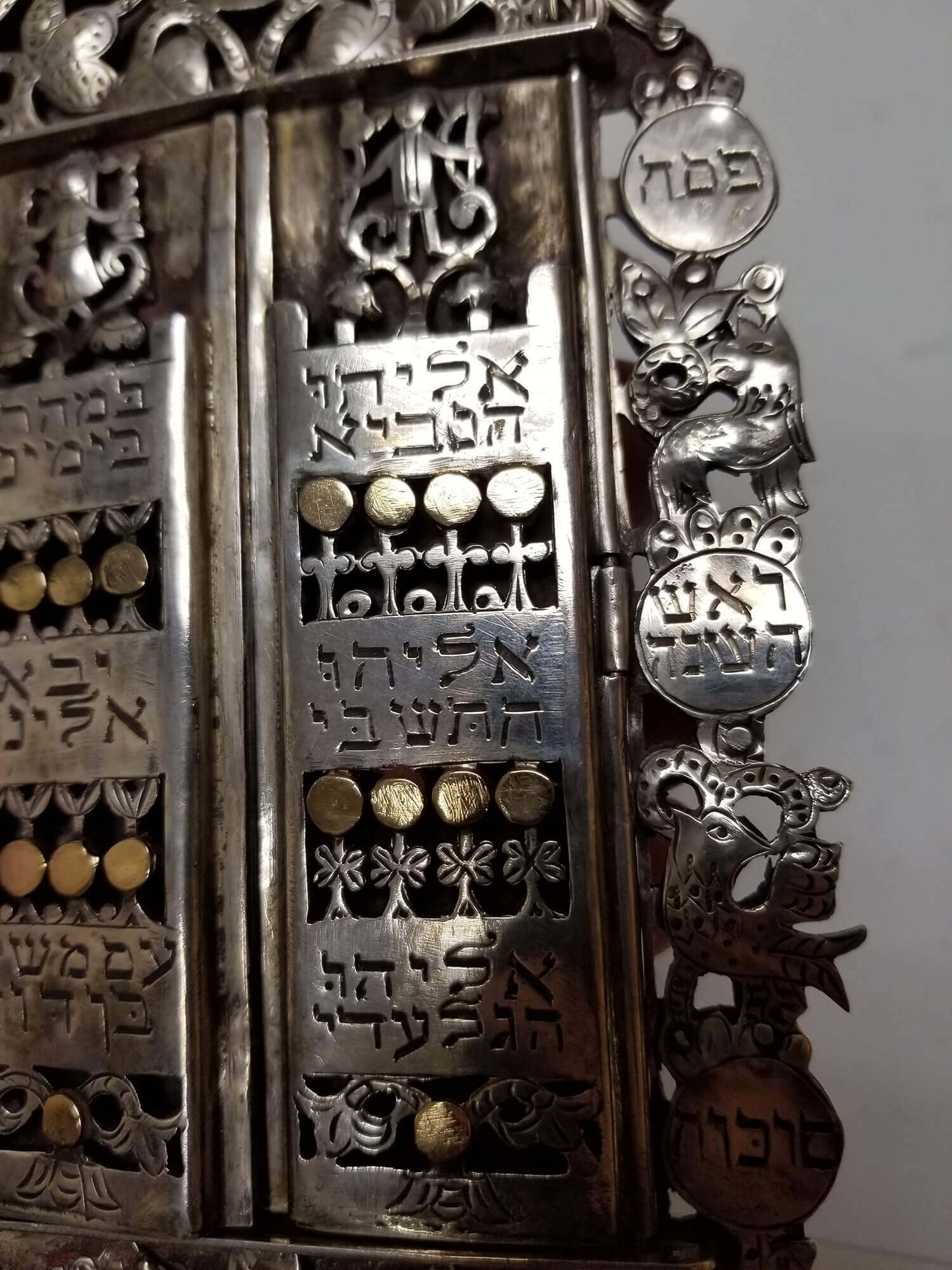 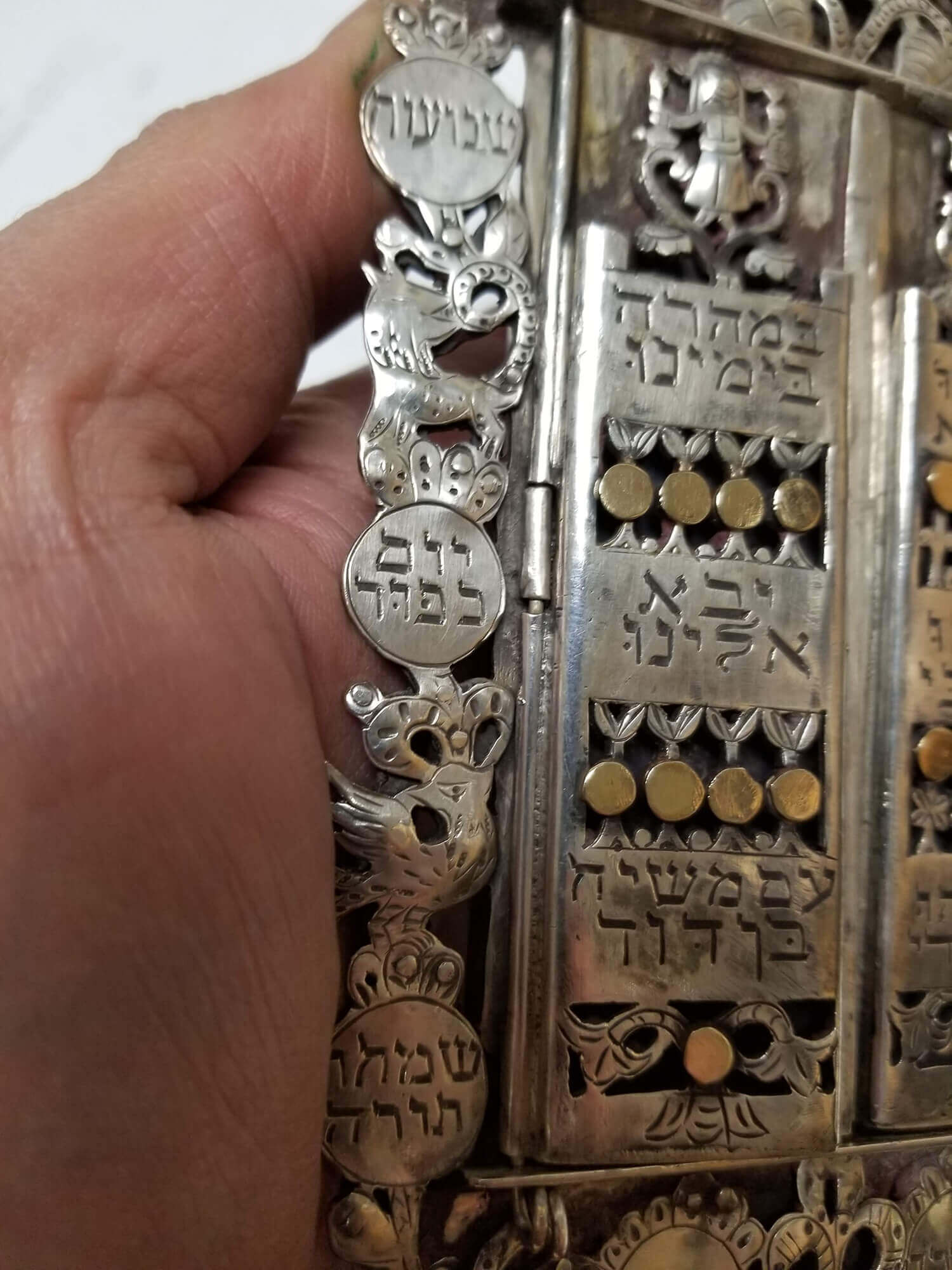 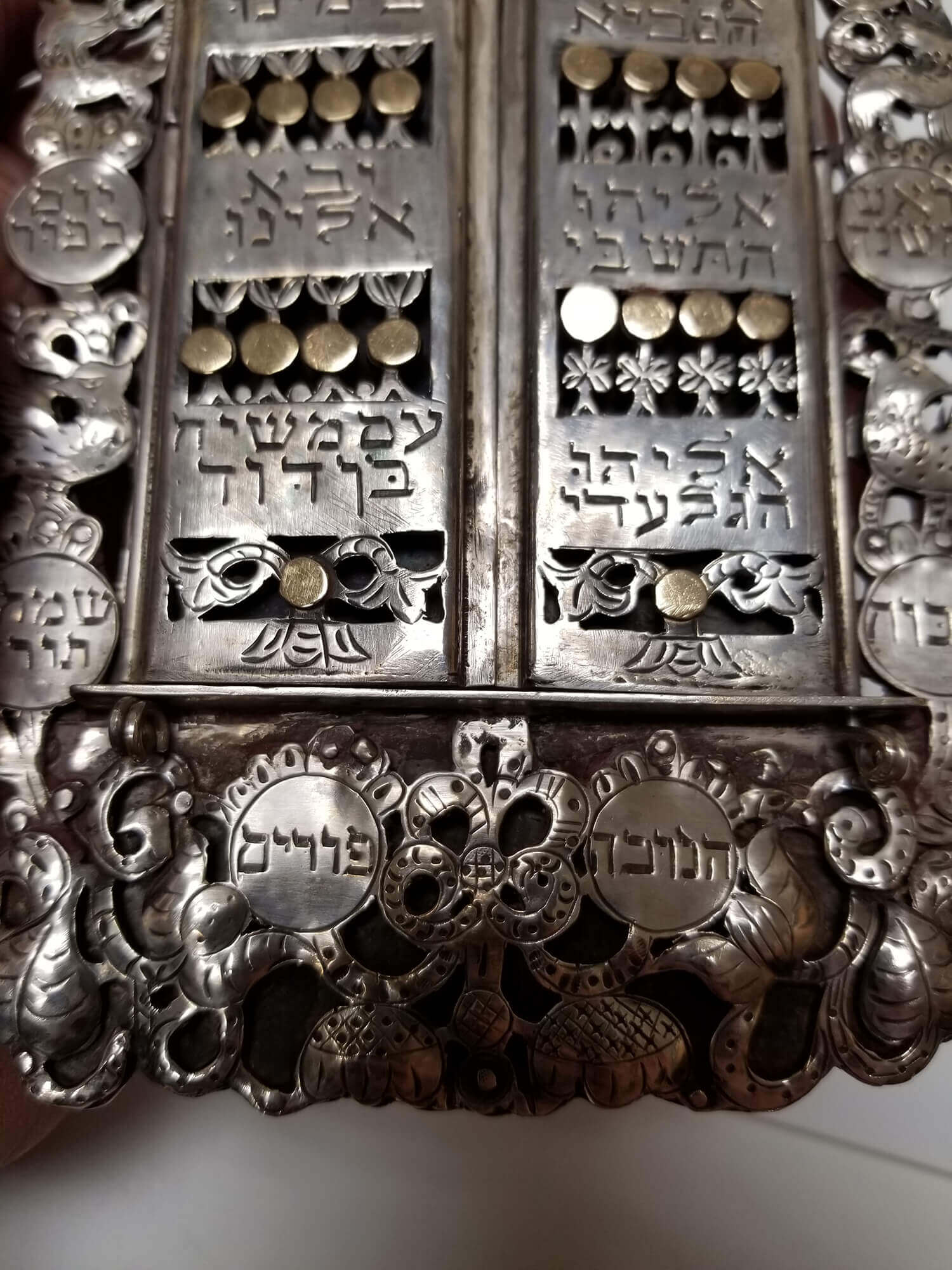 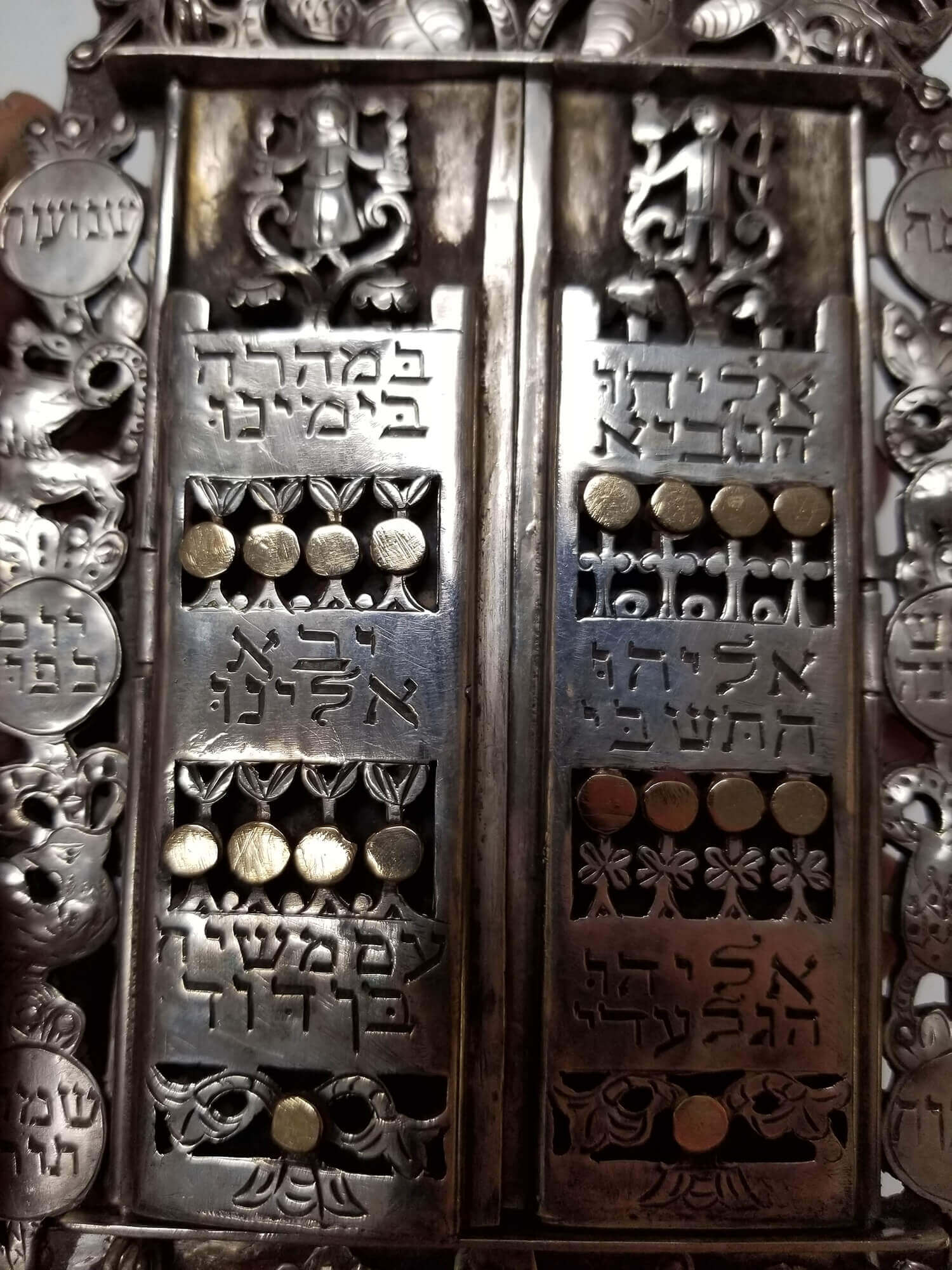 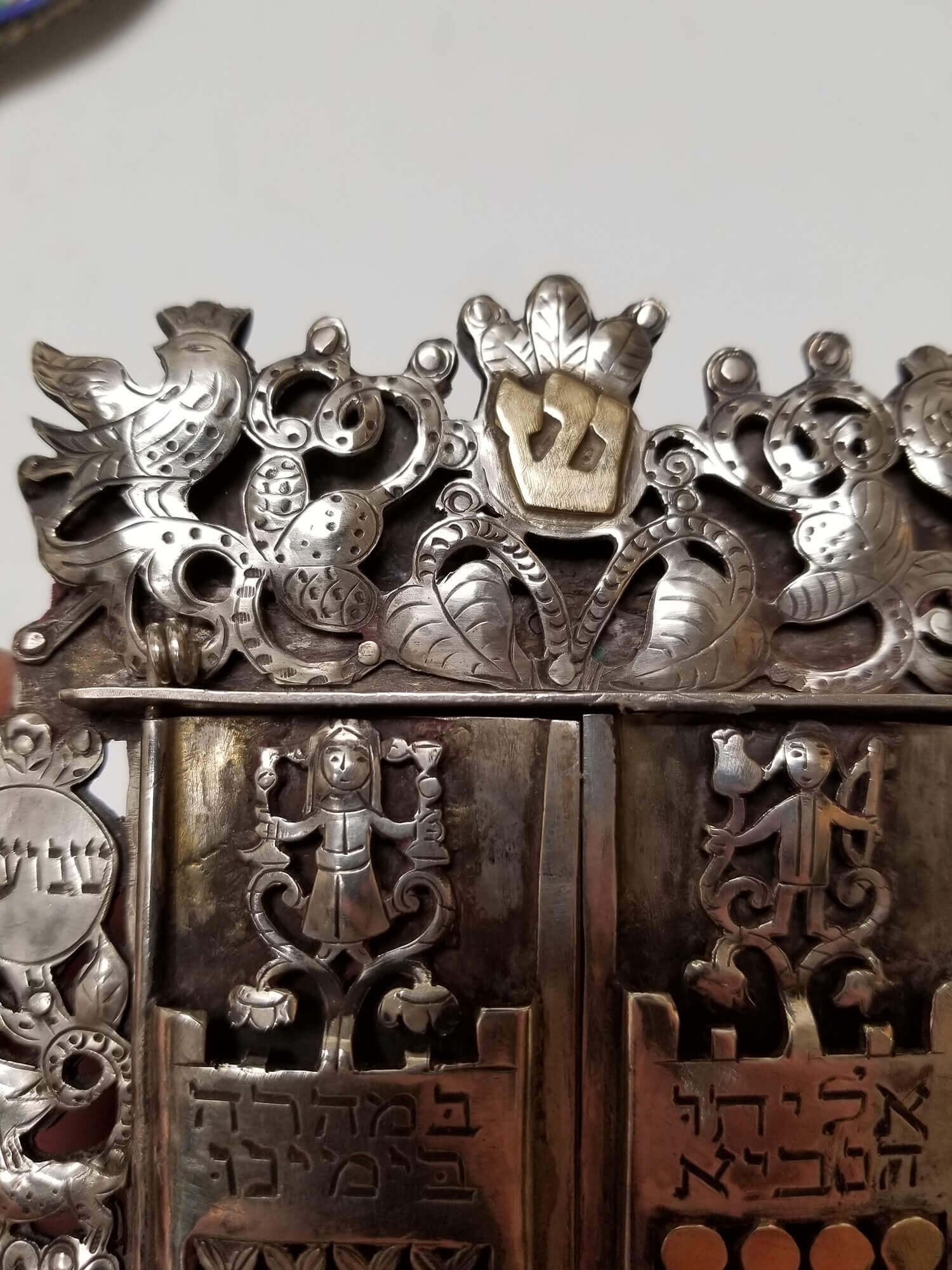 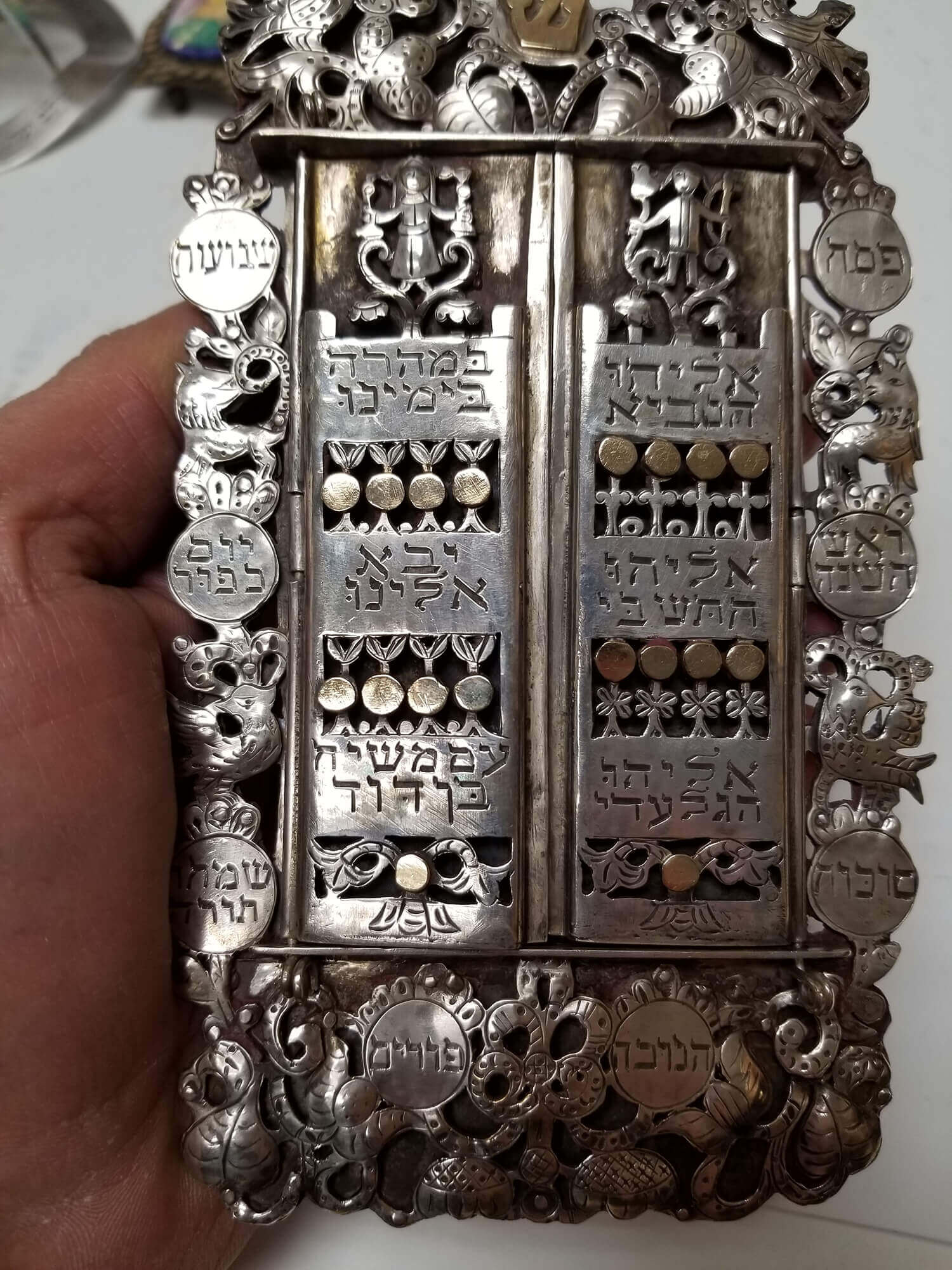 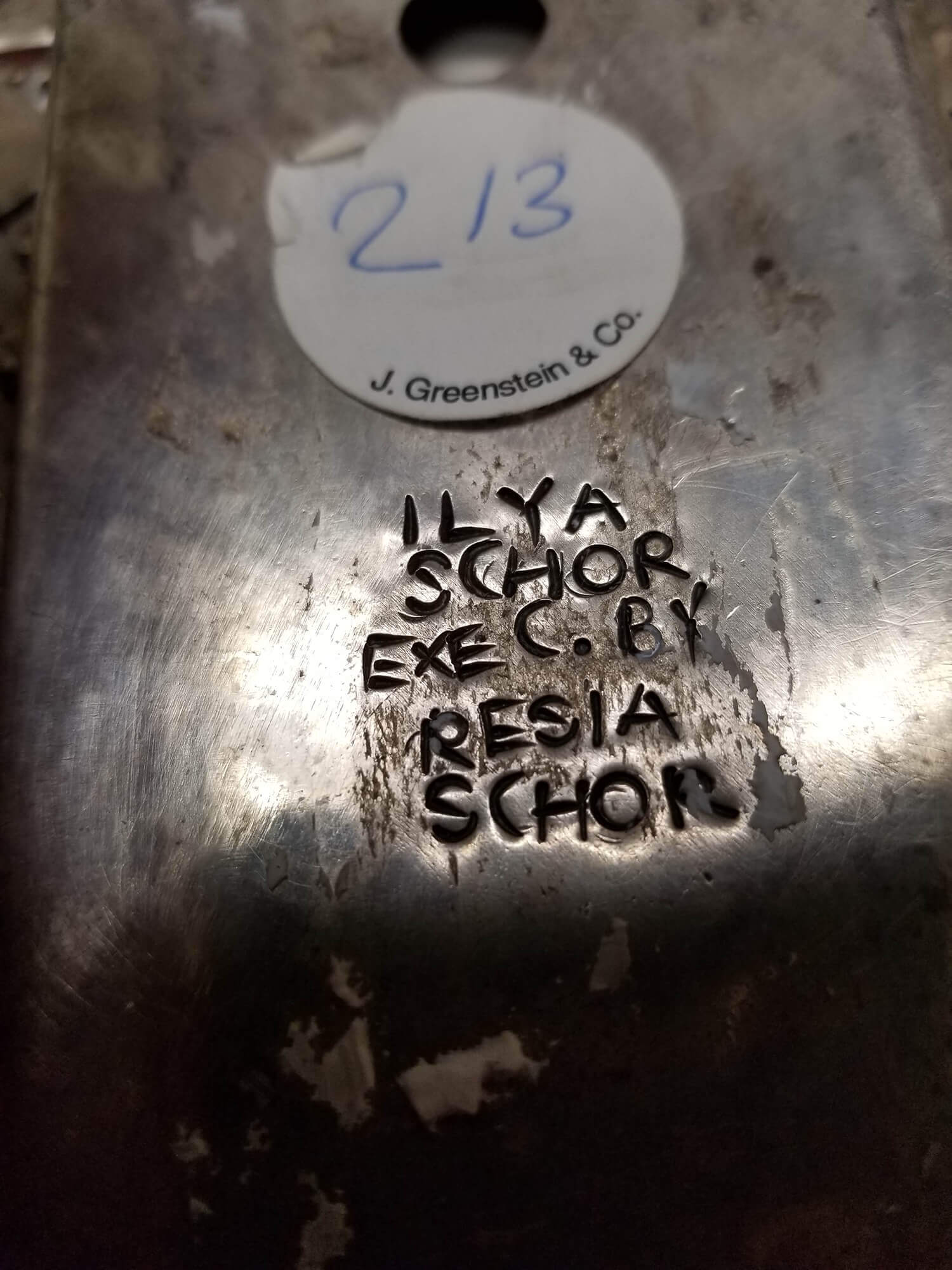 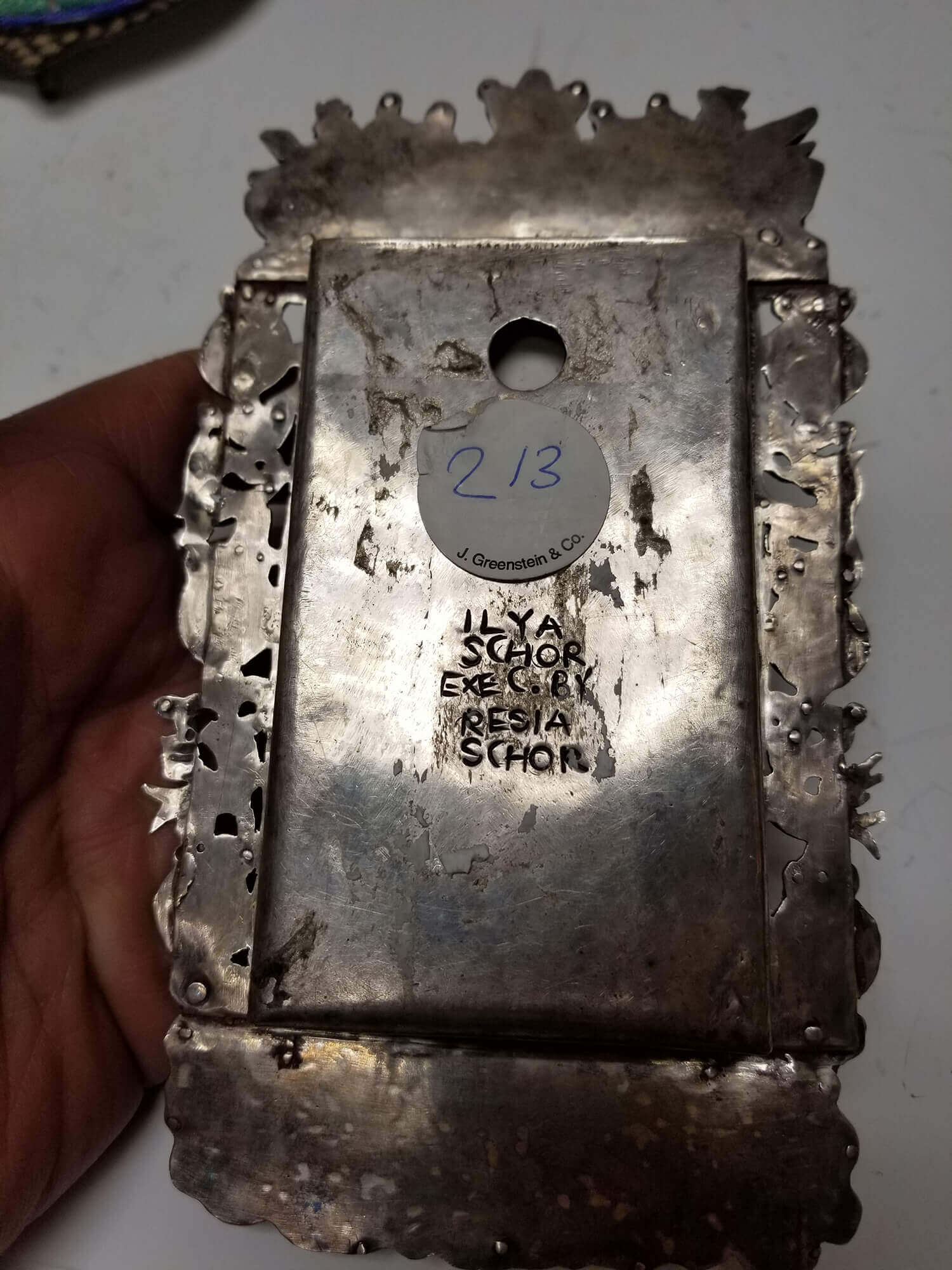