A RARE AND IMPORTANT BRONZE JNF COLLECTION BOX BY LEOPOLD FLEISCHHACKER. Germany, early 20th century. The front is embossed with Hebrew inscription Keren Kayemet Leyisrael below a star of David and Jüdischer National-Fonds. The sides with art Deco designs and the back with grape clusters. Signed: Fleischhacker. Leopold Fleischhacker (b. 1882, Hessen Germany, d. 1946 Ukkel, Belgium) was a German sculptor and medalist. He trained at Kunstgewerbeschule Düsseldorf from 1897 – 1902 and Kunstakademie Berlin from 1902 – 1905 under Ernst Herter and Peter Beuer. In 1905, he was awarded the Rome Prize of the Michael Beer Foundation, which was a scholarship, during his eight month stay in Rome, Italy. In 1906, he moved to Dusseldorf and was the assistant to August Bauer who he regarded as his most important teacher In 1912, he opened his own studio In 1913 – 14, a bust of Theodor Herzl was recorded by WMF under his design He continued to work and participated in several competitions for WW1 memorials In 1926, he created reliefs on behalf of the Jewish community of Dusseldorf In 1934, he joined the “Malkasten” art gallery in Dusseldorf By 1933, he was forbidden to work for any non-Jewish customers according to German law of the time In 1938, his studio in Düsseldorf was destroyed in the Reichspogromnacht. 7.3” tall.
Sold for $23,750
September 13, 2020 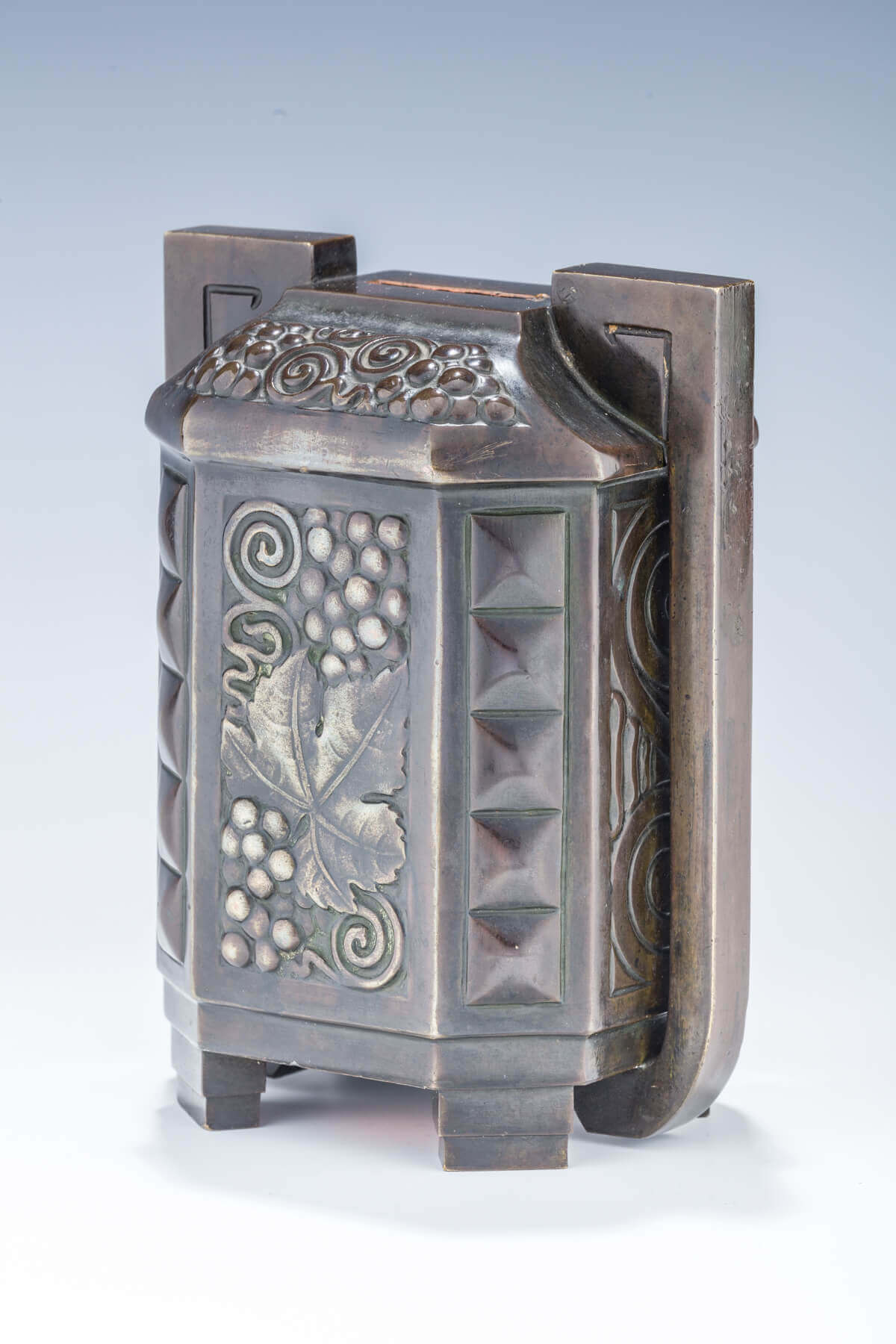