SEDER HATEFILLOT MIKOL HASHANAH (PRAYER BOOK FOR THE ENTIRE YEAR). Amsterdam, 1705. Printed by Moshe son of Abraham Mendes Cutini. With applied silver binding. Right cover engraved in Hebrew: “Hannah daughter of the honored Master Feidel Katz from Hofstod”. The left cover is engraved in Hebrew: “The Revered Rabbi Shimon son of the Revered Rabbi Isaac of blessed memory of Anticht. In the year 5565 (1805).” The application, in the shape of hearts, indicates that it was a wedding gift. Also decorated with Cohanic hands in priestly form. 7.7″ x 5.3”. Hofstad is a small province in the city of Utrecht. Jews first settled in Utrecht during the 14th century, but were not allowed citizenship until the beginning of the 18th century.
Estimate $8,000 – 12,000
Make an Offer 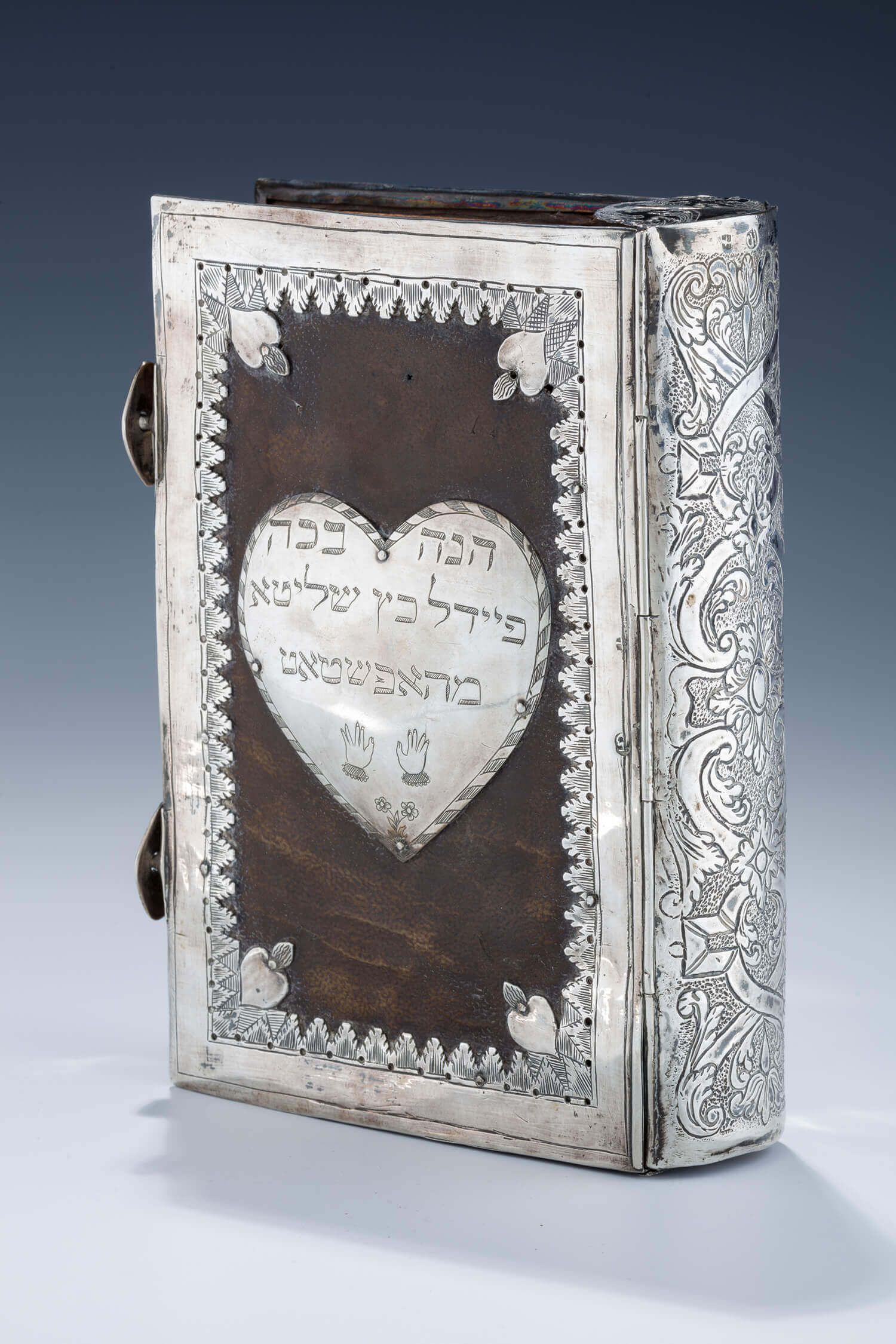