A RARE AND IMPORTANT SILVER TORAH POINTER. Landsberg a.d. Warthe (currently Gorzow), 18th century. With the original suspension chain. Made of three engraved spherical sections, a twisted upper portion that connects to a hand with a ring on the pointing finger that signifies the marriage between the Jewish people and G-d. The upper portion with a pierced sliding door revealing a spice chamber. Engraved in Hebrew: “THE WIDOW DONATED THIS HOLY POINTER FROM THE AGGREGATES OF THE CONGREGATION, YEHUDA LEIB SON OF D.A. FROM LANDSBURG.” 10” long. Landsberg a.d. Warthe was part of Eastern Germany. A Jewish quarter and a synagogue were noted as early as 1557, although a Jewish presence dates to the 14th century. In 1573, all the Jews of Brandenberg which included Landsberg were expelled. Towards the middle of the 17th century, Jews came back to Landsberg and in 1662, Solomon Kajjem Kaddish was appointed as the Rabbi of Brandenberg. By 1690, there were 21 Jewish families and by 1717 there were 417 Jews living there. 10” long.
Estimate $6,000 – 8,000
Make an Offer 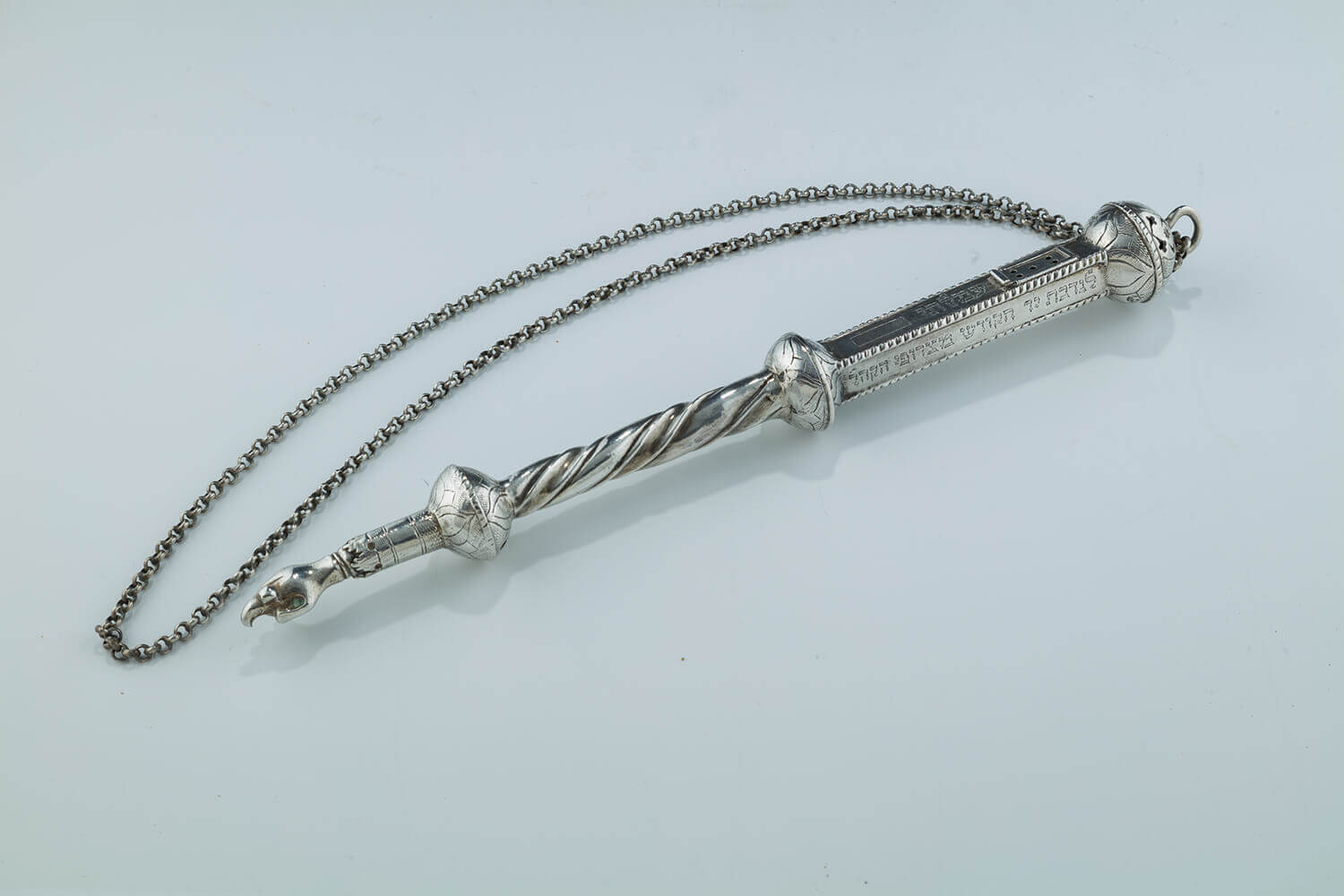