A HISTORICALLY IMPORTANT CIGARETTE CASE BELONGING TO RABBI SHMUEL YAAKOV RABINOWITZ (Chelm 1857 – England, 1921). Russian, 1902. Rectangular in shape. Inscribed in Hebrew: “A GIFT TO OUR RABBI THE HONORABLE TRUE SAGE AV HABETH DIN RABBI SHMUEL YAAKOV RABINOWITZ SHLITA. AN EMOTIONAL TRINKET WITH LOVE AND HONOR FROM ADATH YESHURUN IN THE CITY OF SOPOTSKIN THE EVENING OF THE HOLIDAY OF FIRST FRUITS 1902.” Rabbi Samuel Jacob Rabinowitz was a Lithuanian rabbi and ardent Zionist. Rabbi Rabinowitz held posts at Ivye, Aleksot and Sopotskin. Rabbi Rabinowitz was an early member of Chovevei Tzion, attended the Second Zionist World Congress and made a deep impresson on Theodor Herzl and the delegates. Rabbi Rabinowitz was a leader against the anti-Zionist Lishkah Shehorah. In 1906 he was appointed to the position of Rabbi of Liverpool where he was a founding member of the Mizrachi World Movement of religious Zionists in 1902. In 1918 he was elected to the presidency of the British Mizrachi Movement. He wrote several published works including Ha’dath V’Halumiuth (warsaw, 1900), Lit’kufath Ha’aymim (1917), m’muhath Shabbath (1919). 5” long.
Estimate $2,500 – 3,000
Make an Offer 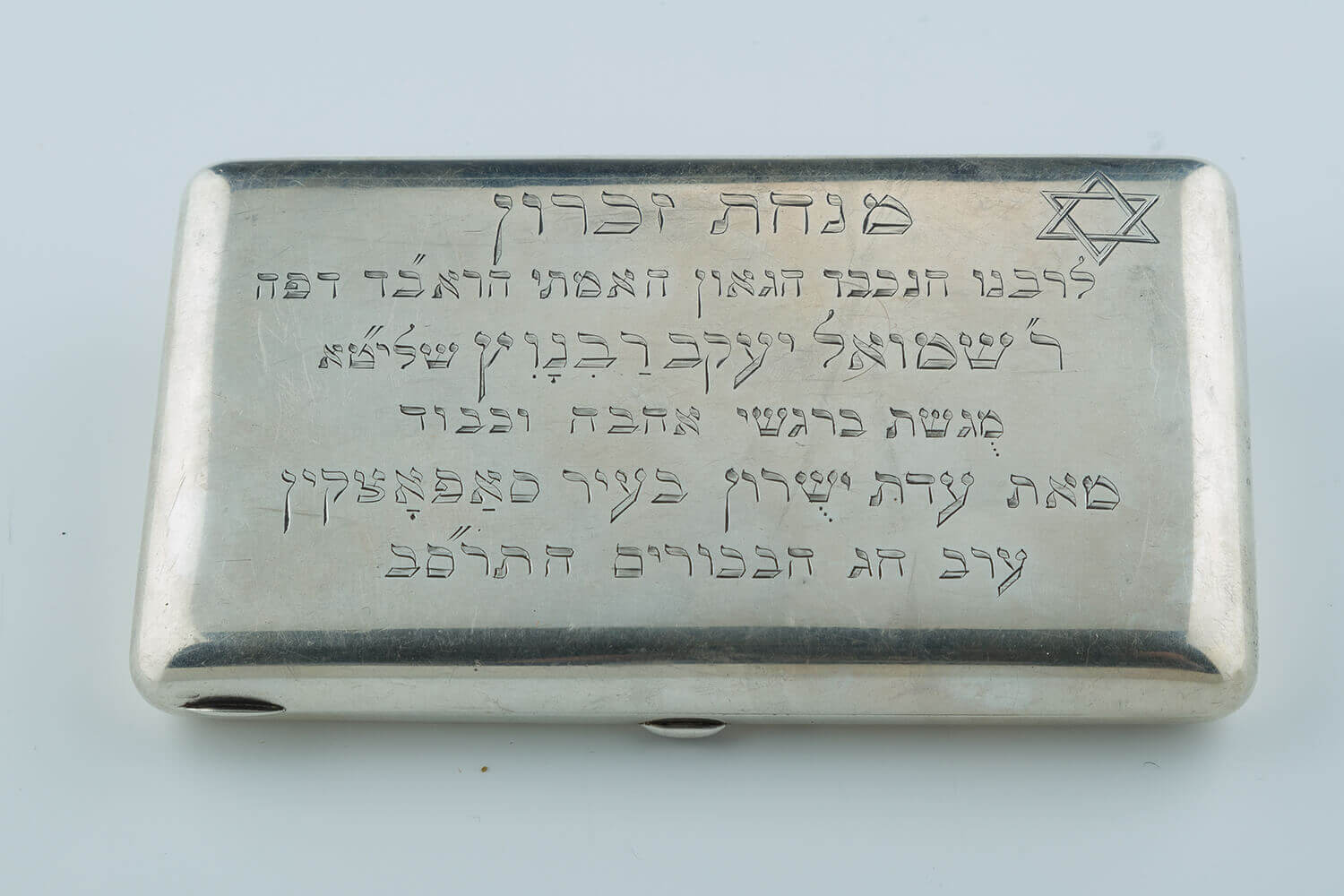