A RARE SILVER SHMIROT KIDDUSH CUP. Galician, c. 1840. Engraved with two outwardly facing lions flanking a circular cartouche on which is engraved “KOS SHEL SHMIROT”. The owner’s name is engraved on the body of each of the lions “CHAIM POLLAKMAN.” Marked with a “12” mark. 2.7” tall. Often, when the rabbinical leader of a community (the Rebbe) has a favorite follower or student, he would give him some of his silver coins or silver eating utensils. The recipient would take these coins or utensils to a silversmith to make them into a cup or if he was given a significant gift, a menorah. More often than not, the coins were scarce so the cups made were small. These “Shmirah” cups were held in great esteem since their silver content had been previously owned by a Tzaddik, a holy person. An added holiness would, therefore, be bestowed upon the user during the recitation of the Kiddush on the Sabbath.
Sold for $8750
May 23, 2021 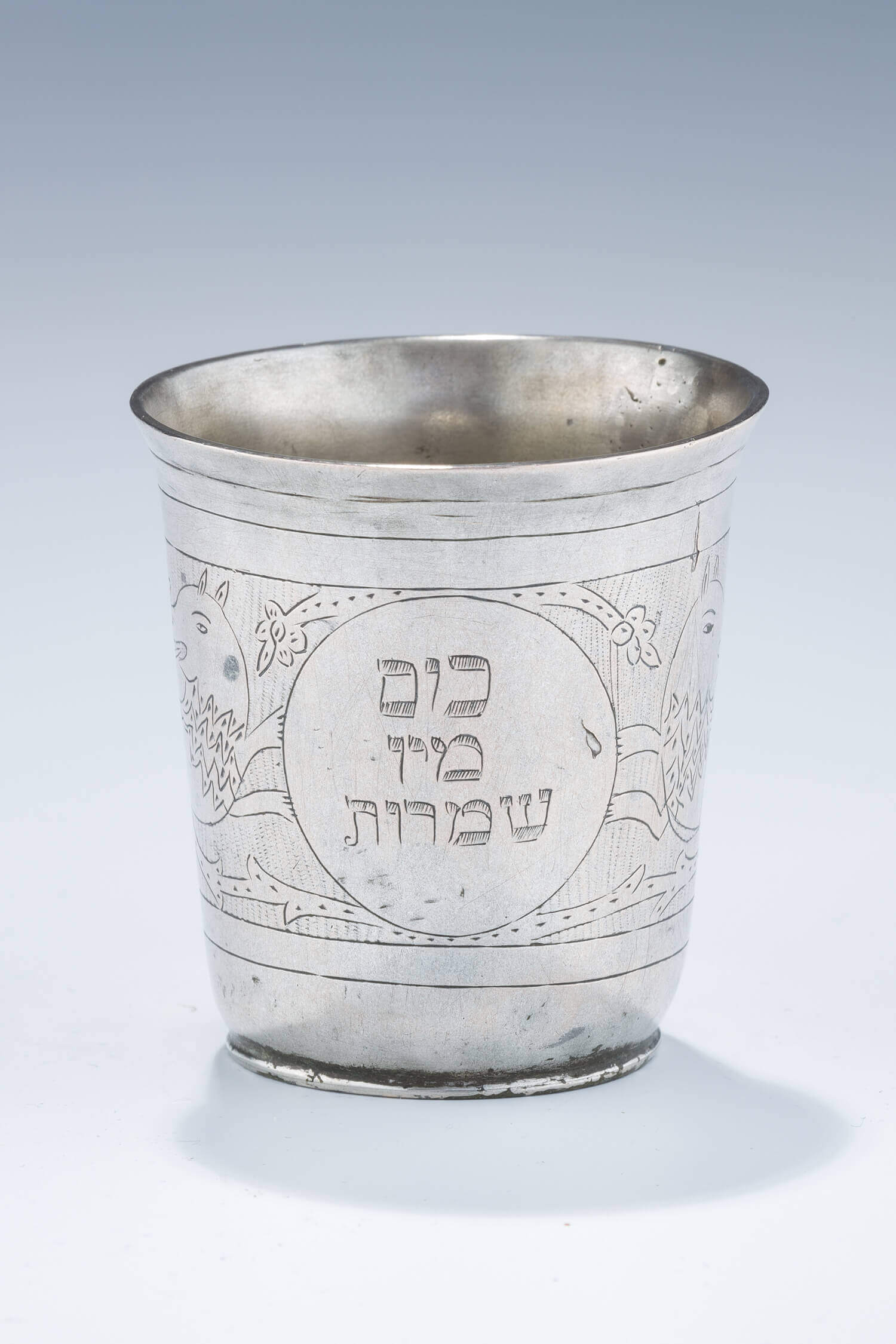