58. A Cast Iron Savings Bank of the Jarmulowsky Building

A cast iron savings bank of the jarmulowsky building. New york, early 20th century. Realistically formed. With the bank’s name on front and wording on sides, indicating to “deposit your money where it is safe.” The jarmulowsky bank failed in 1914, two years after the founder died as depositors withdrew funds to send back to europe. Small area missing on bottom. 7.2” tall. Estimate $1,500 – 2,000 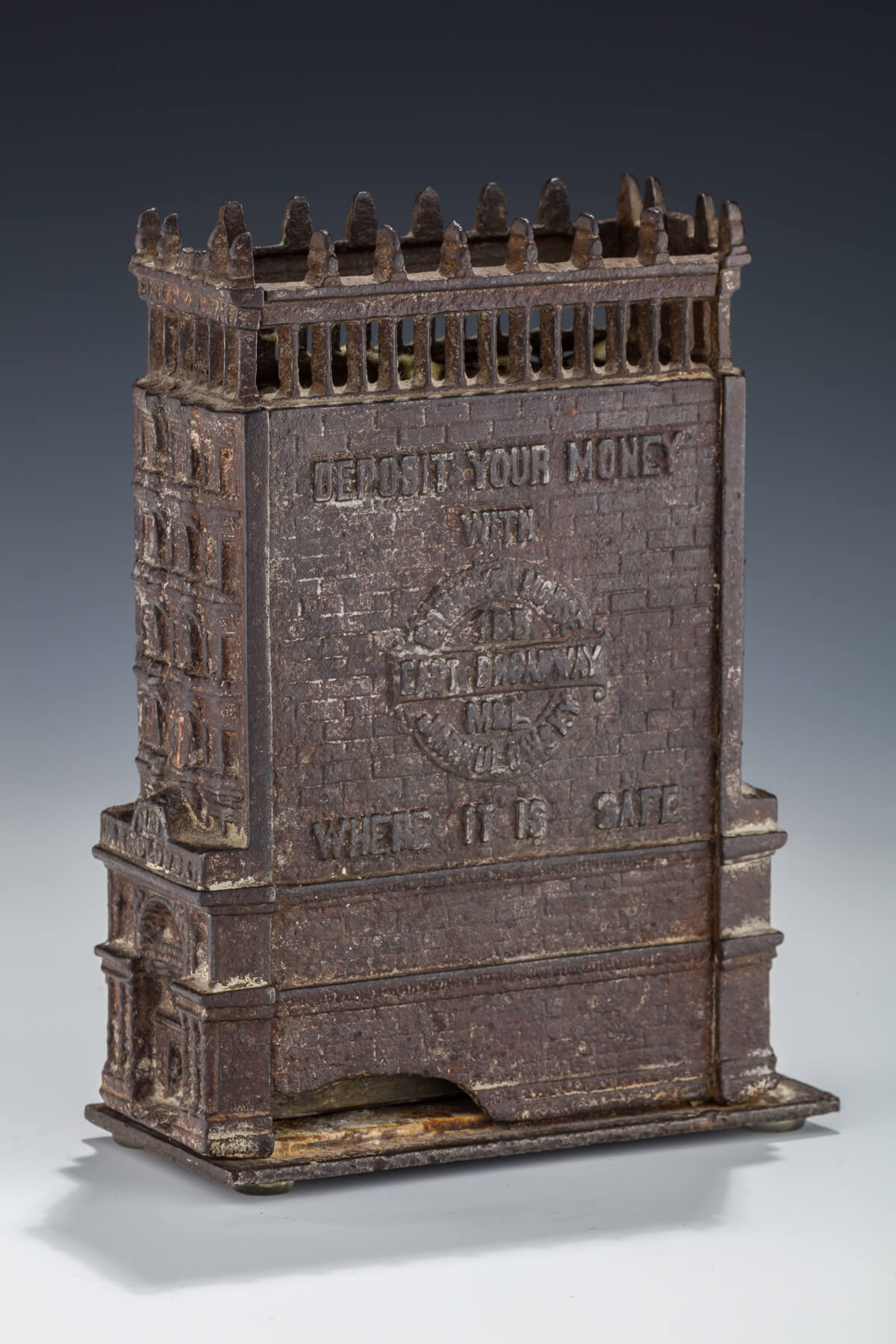 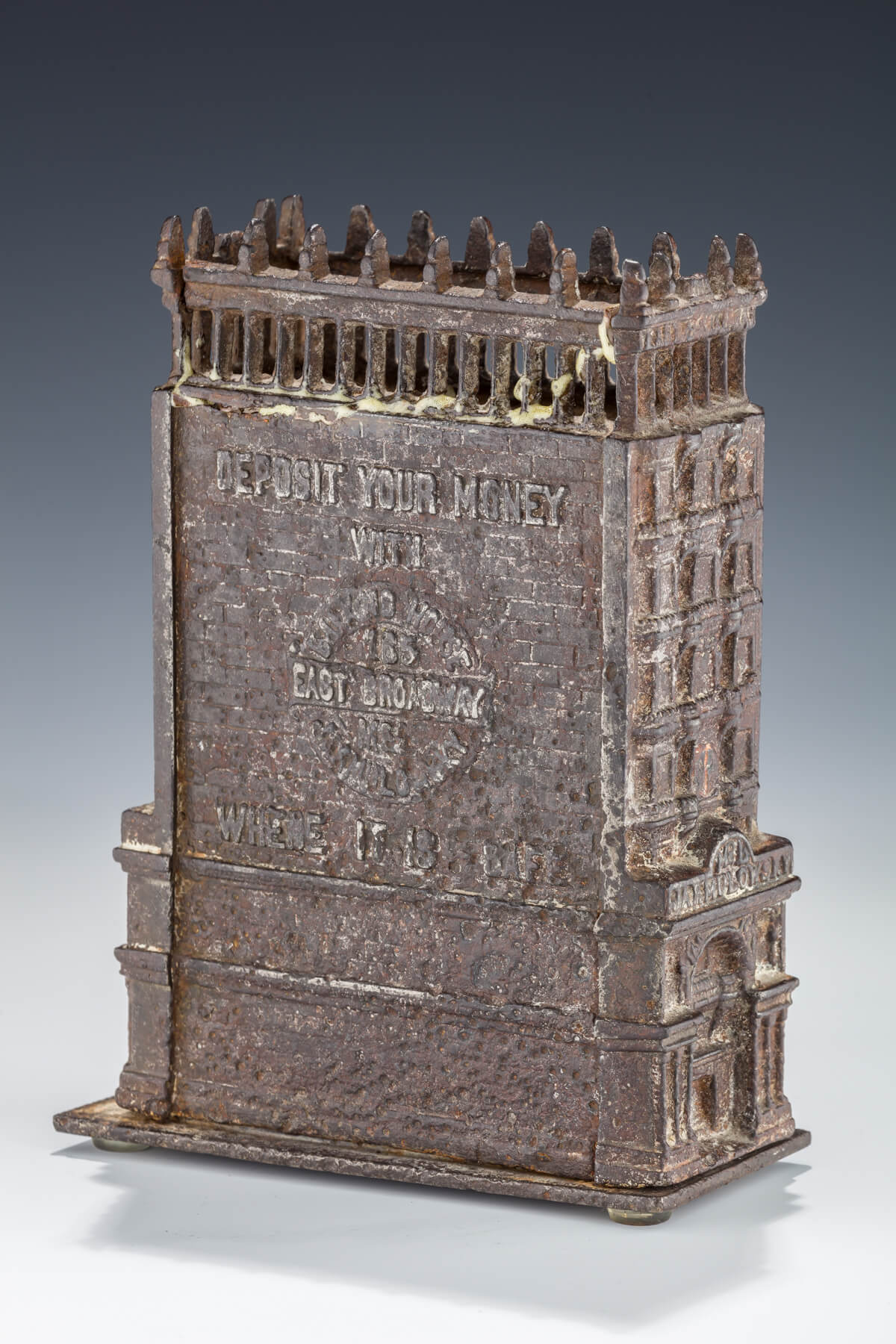