an important charity container collecting funds to build a monument for moissay joseph olgin (1878–1939). Olgin was a russian writer and journalist whose career was primarily in the early 20th century. He was a contributor from overseas to the forwards. His main work was in the jewish press in support of the russian revolution of 1917. In 1915 he moved to new york city where he continued his career in jewish journalism. He was a communist and a founding member of the worker’s party. From 1922 – 1939, he was the editor of the morning freiheit. On several occasions he was the candidate for the communist party on many different tickets. 3.2” x 3.4”. Estimate $2,500 – 3,000 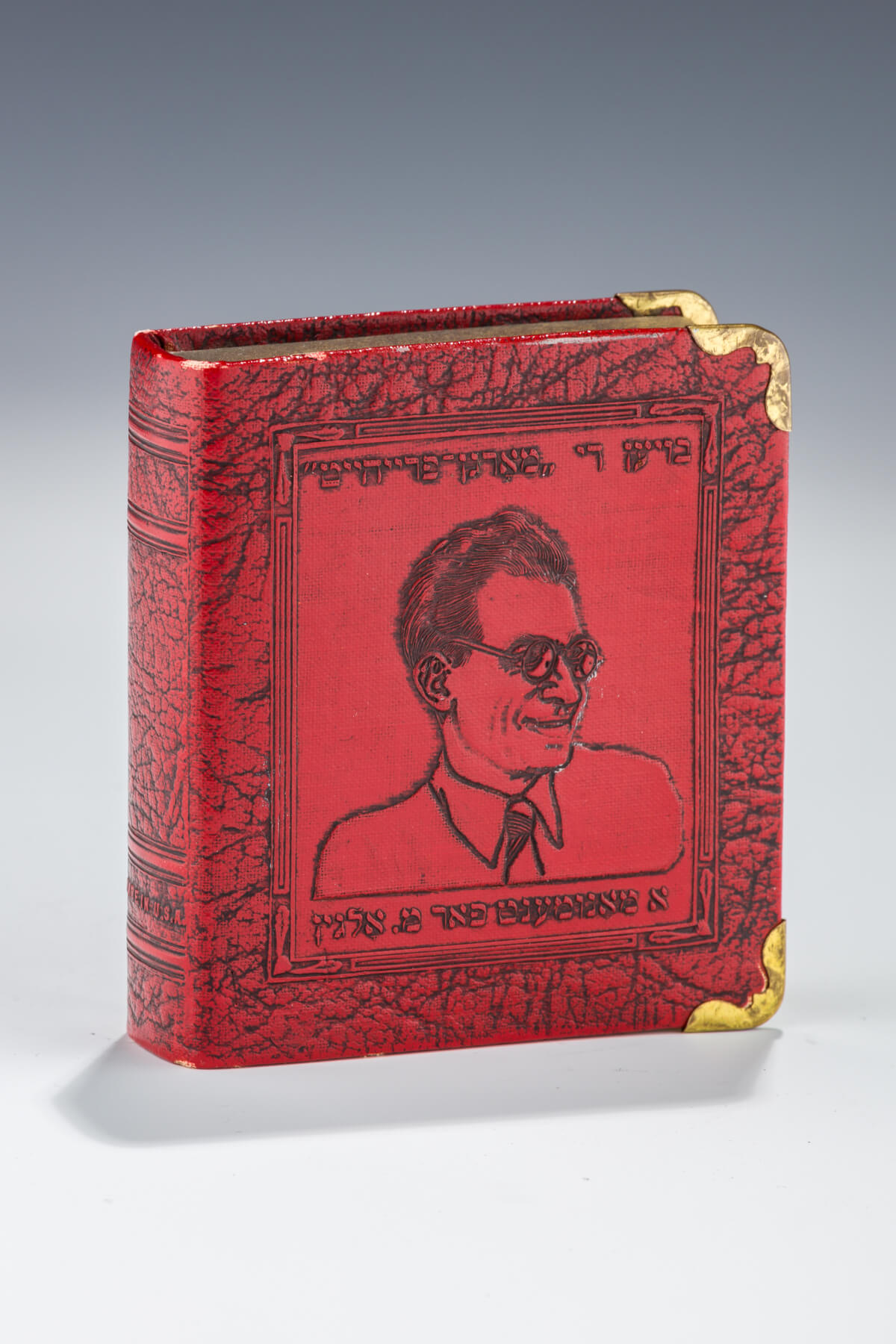