A large silver kiddush goblet. Vienna, c. 1880. On round beaded base with bright cut, engine turned design. Engraved with dedication: “doron drasha from the tab community .will god protect it.” Tav was a town in the province of somogy southwest of hungary. The first jews reached tav in 1690. Most of them were merchants, and a small number were craftsmen, clerks, and professionals. The community operated many charitable organizations, such as the hevra kadisha, the women’s association and tiferet bachurim. An elementary school and a talmud torah were established. In 1869, there were 646 jews in tabab, the community developed into the second largest in the district and was annexed to more than 10 small communities in the area. The first synagogue was built in 1897.7” tall. Estimate $3,000 – 4,000 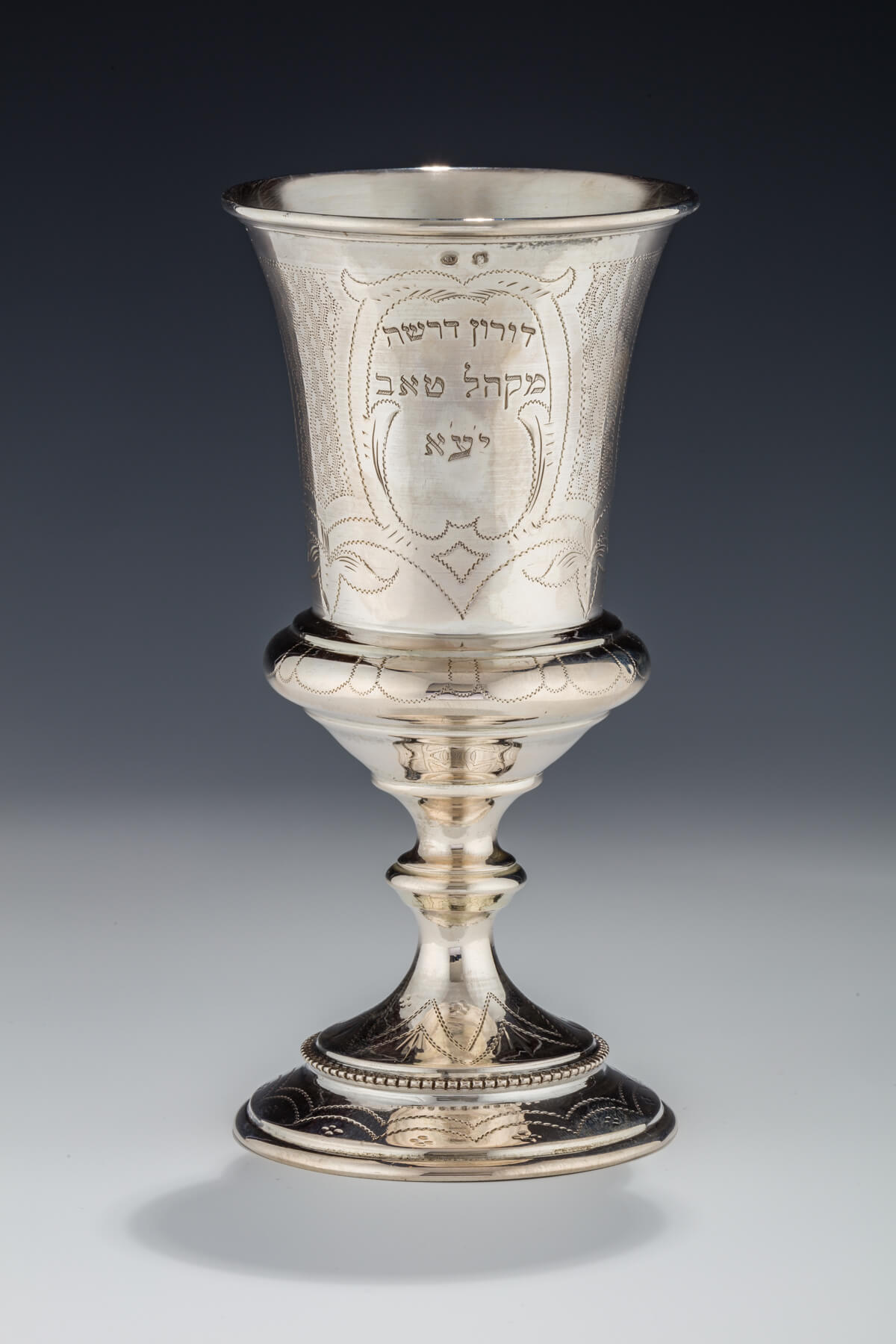